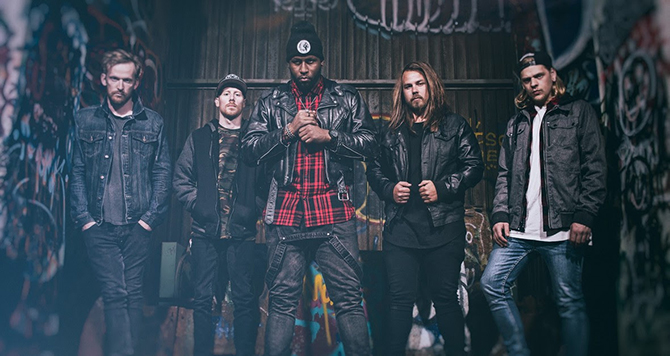 Heavy music calls for a heavier message, which is exactly what Austin, Texas metal band FIRE FROM THE GODS aims to do through their unique blend of rock, rap, and metal. Rei Haycraft got a chance to delve a little deeper with vocalist AJ Channer after their set at Carolina Rebellion to talk about the forthcoming album, “Narrative Retold,” the meaning and message behind the songs, and what it means to take on tough issues in the music world.

Fire From the Gods released their latest album, Narrative Retold, on May 19, 2017 via Rise Records. The album is a re-release of their 2016 album Narrative with the addition of two new songs guest produced by Korn’s Jonathan Davis, “The Voiceless” and “The Taste.” Narrative Retold is out now and available everywhere and you can catch Fire From the Gods on Warped Tour ’17 all summer long.