Billy: Hey, I’m Billy from Silverstein. I play the bass and yell sometimes. Make some sounds with my mouth.

Rei: How has your Warped been thus far?

Billy: Sufficiently warped. Yeah, you know, it’s our seventh or eighth year on the tour. It’s been very hot. I think we’ve got the majority of the both very hot, hot days out of the way, and the very hot wet days out of the way with both Florida, and Arizona, and Vegas, all that. It’s been hot, but yeah, we kind of know how to keep cool. We’ve got a great hangout set up behind our tent. We got pals coming around, we got some AstroTurf laid down and a barbecue and stuff, so you know.

Rei: Practicing your putt back there?

Rei: Oh goodness. So, you all, we’ll say scene veterans, started in 2000. You’ve got 17 years under your belt, a ton of material, so coming out and playing a short set like this festival tour, what is it like building that set and deciding what to play?

Billy: Yeah, it’s tough. We’ve mostly been playing half an hour, some days it’s even been 25 minutes because it’s been a tighter schedule. It’s definitely tough for us, yeah, with over 100 songs. I think we just try, you know, we’ve got a couple of set staples. We try to mix it up a little bit, but try to play a little something of everything. Some old stuff, some new stuff, some not so old stuff, you know? Try to pick the fan favorites, as well. I think, though, it’s cool to see people responding and reacting to our newer songs. We’re not just a nostalgic band that people are like, “Oh, I love that record from 15 years ago.” They’re really pumped up about our new stuff, and we’re putting out a new record in a week or two, so …People are fired up. It seems really cool.

Rei: That is so close. Looming, even. What songs are you most excited for fans to hear that you haven’t been playing live yet? 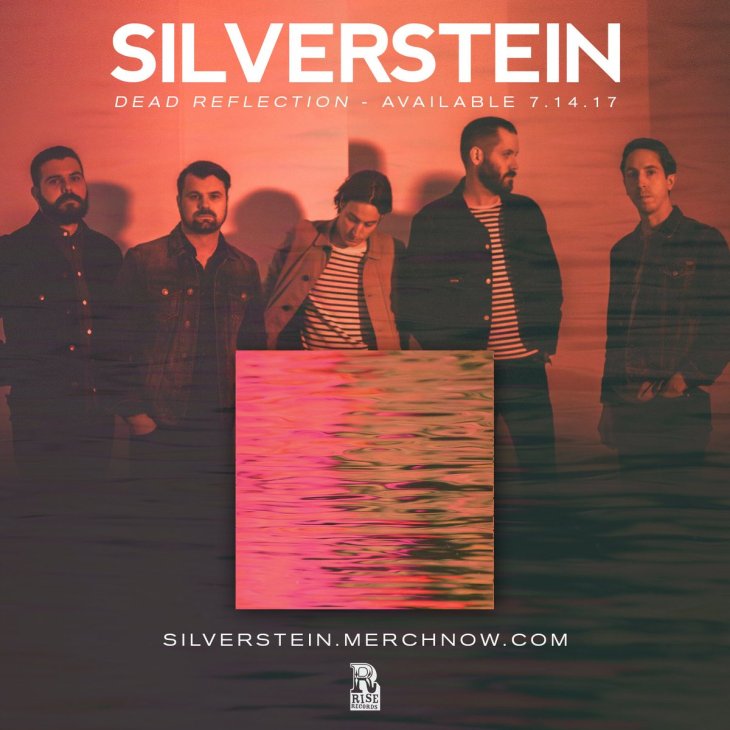 Billy: You know what, we actually just dropped a new track this morning in Germany via a German website, but I think you can check it out worldwide. The song’s called Whiplash, and it’s my personal favorite on the record. It’s the second last track, which is kind of cool because a lot of bands seem to put the favorite tracks at the beginning of the record, but I think that it’s a real anchor of the album. It’s like a kind of fast, upbeat song, and I think it’s cool to end the record with … I mean, the last song on the record is quite mellow and …

Rei: Brings it all back home.

Billy: It’s heavy and mellow. It’s real deep sounding, and it does kind of bring it all back home, but I think this record’s the real kind of smack in the face before … This song is the real smack in the face before the record’s over. My personal favorite. I think it really was one of the last songs to kind of come together in the studio, and I was like, “Oh, wow, I love this now.” You know, once I heard the hook in the chorus I was like, that makes the song for me. So check out Whiplash, you know?

Rei: If you can find it on the interwebs, otherwise it will be out very, very soon. You’ve created over 100 songs, how has the song process changed as you all have evolved?

Billy: Yeah, I think, I mean our writing process changed quite a bit a few records ago when we brought Paul Marc Rousseau along to play guitar. He’s a great songwriter and he’s contributed the bulk of our catalog since joining the band. He wrote a lot of this record and co-produced it, as well. He’s brought a lot to the table, as well I think like working with a new producer. This guy Derek Hoffman produced our record. He’s a Toronto guy and an old friend. Having his hand in the mix I think helped shape the songwriting.

I that what we’ve been trying to do is maintain a good aspect of what Silverstein is and what Silverstein’s been for 17 years, but still kind of keep up with what’s happening in music nowadays and be able to give it a fresh and modern kind of taste. With this record in particular we did a lot of writing in a heavier guitar tuning, so the songs do have a bit of a heavier sound to it, but I think then that just allowed us to put a little bit more of a pop kind of element to it and have it not be so poppy and radio sounding or something.

Rei: It still has that meat.

Billy: It allowed us to further the dynamic, I think. While we were able to get heavier we were able to get kind of poppier and the songs have bigger hooks and stuff without sounding kind of too cheesy or lame. I’m really happy with how it turned out, and I think people hearing the record next week are going to be really stoked.

Rei: As you’re playing Warped Tour you’re gaining new fans that haven’t heard you all before, or may not even be aware that you have such a vast catalog. What are you hoping that new fans take away from your performance?

Billy: I think just that realizing that we’ve been a band for a while, and that maybe some of their favorite bands that are younger might have been fans of ours or been influence by us, or that there’s all this back catalog for them to discover, you know? It’s not just about a new record, it’s not just about an old record, it’s about the whole package. We’ve got I think eight records now, so yeah, there’s a lot to dive into if people are just finding out about Silverstein now. Definitely dive in and check out, there’s a lot of great songs out there.

Rei: If you had to write the memoirs of Silverstein right now, what would be the things that stand out that would be in the first chapter?

Billy: I mean, I think we got our well known … We’re Canadian, we’re well known as being a real friendly band, so nice guys, very apologetic, you know? All the Canadian stereotypes. I think we like to party but we keep it pretty tame, you know? I think people would, yeah, know us as quintessential Canadians.

Rei: Are there any moments that stick out at you? Moments on tour, stories that you can share with us? Everybody loves a good story.

Billy: It’s always the toughest question when you’re put on the stop, it’s like, “What’s the craziest tour story?” And then you never remember because it’s lie every day is kind of the same.

Rei: How about this Warped?

Billy: This Warped so far … I don’t know. We just got a lot of good pals. We’ve toured with a lot of the bands. We’ve been hanging out pretty hard. We hosted the Canada Day barbecue the other day. I did some interpretive dance with the Canadian flag to Celine Dion’s My Heart Will Go On. That was pretty wild.

Billy: Yeah. I don’t know. Things don’t get too crazy for us. We were just in South America and Shane lost his passport, that was about as crazy as it gets.

Billy: But no, this Warped’s been cool. We got a lot of good friends and were meeting a lot of new friends. We’ve gotten pretty tight with Gwar, who we’re sharing a stage with. They’re veterans as well, but you know, we’ve been able to kind of get in behind the scenes with them and hang out with them outside of the costumes, I guess. They’re really great dudes and we’re stoked to be hanging with them. We obviously got good friends we toured with like Beartooth, and Hands Like Houses, and Hawthorne Heights. Counterparts are local friends of ours. There’s a lot of great bands that are here. Being as an Ocean, you know?

Rei: It seems like people keep talking about it like a family reunion or a rockstar camp, or something like that. Are there any bands that if you had a dream tour you would love to tour with that you haven’t yet? That’s a tall order because you all have done a tone.

Billy: That we haven’t yet. Well, it’s tough to say that we haven’t yet, because Warped Tour really does bring a lot of bands together. I just immediately thought we’ve been trying to do a tour with this band that I love called Defeater for a long time, but they were on Warped Tour three, four years ago and we toured with them then, so that’s tough to say. Trying to think. This new band that I would love to tour with that we have yet to be able to tour with is called Culture Abuse. I saw them a couple times, I love their record. I think they just signed with Epitaph. That would be a band I would love to take out on a tour. I met them, they’re cool guys, you know? Culture Abuse, what’s up? Come on tour with us.

Rei: I was going to say. Don’t worry, go. Google it right now.

Billy: Their record Peach is awesome. It was my favorite punk record last year.

Rei: That’s awesome. What advice would you have for local bands who are trying to do what you all have done?

Billy: I always just say just keep at it. Keep trying to play a lot of shows, recording your music as much as possible, constantly trying to make things better. Practice, play, record, tour. Get out there, you know? Just do it. I don’t want to just say practice makes perfect, but repetition makes perfect. Just keep doing it, pushing along, get your stuff out there. Get online, get your stuff on social media and just push it.

I feel like new bands often tend to wait for things to happen for them, like they just kind of say, “Oh, we’re going to do this and then we’ll wait and find a label to pick us up, or a promoter, or a booking agent.” It’s like, you got to do that stuff yourself, you know? DIY culture is still alive very much, and a lot of the time now labels, and managers, and booking agents are looking for that. Looking for you to do the work to show that you have the ambition and that you’re able to kind of draw a crowd and get people excited about your band yourself. So do it yourself, you know? Just get out there and do it.

Rei: Any other final words of wisdom for our fans back home?

Billy: I guess just check out the new Silverstein record, Dead Reflection. It’s coming in about a week.

Rei: Nice pun there. I see what you did. Well, thank you so much for taking the time with us-

Billy: Yeah, thanks for having me.

Rei: And have a great rest of your Warped.

Billy: You as well. Cheers.