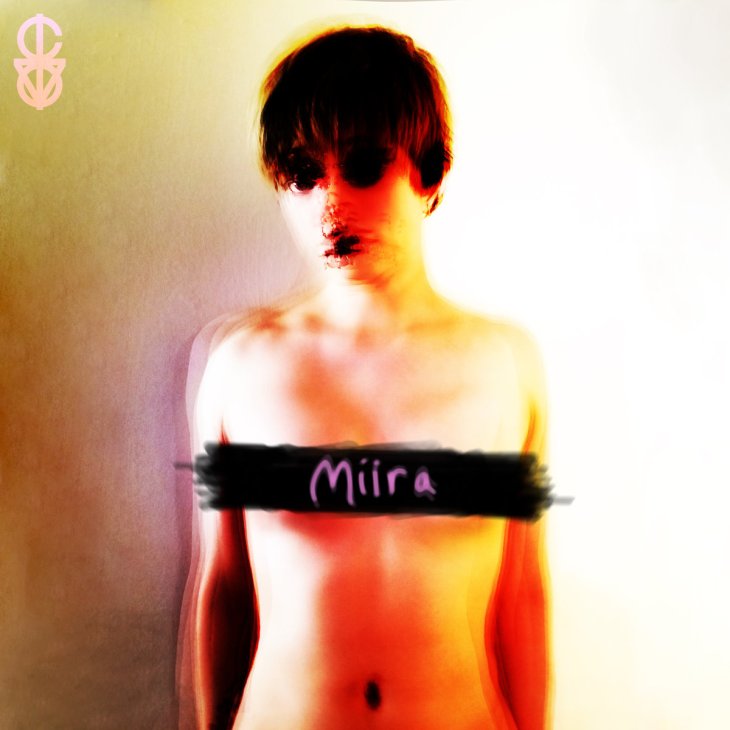 Art, by definition, is an intensely personal creation. It is a direct channel into the mind of its creator, and deathcore is no exception (we erroneously referred to Codex Obscura as death metal in a prior review). Miira is a self-recorded, self-mixed, self-produced album by one person, which makes its musical and lyrical achievement all the more potent. It is important to know that each track on this album is incredibly intimate and personal. It is self-described as a “series of vignettes representing different periods” of the artist’s life. For those who did not see our original review, Codex Obscura is a transgender deathcore artist who creates her art about her experiences and, in this case, her acceptance of herself. 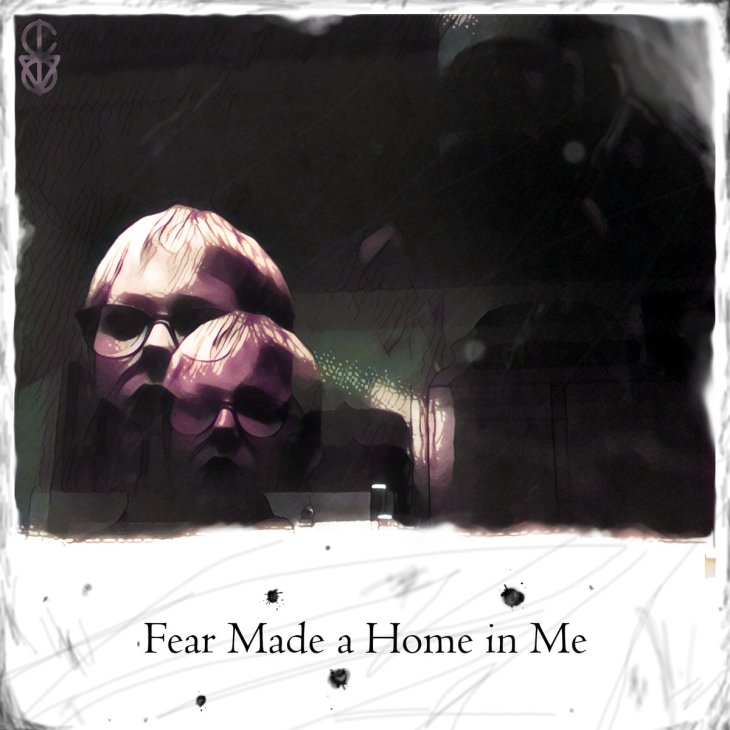 The first track, “Fear Made a Home in Me”, does not begin by mincing words or riffs. It assaults your ears from the first second, with her growls and blasting guitar. The song is an exploration of her fear, both of herself and others, and her shyness. It is also, however, a touching (if musically heavy) love note to her mother. From early childhood, the song moves to discussing later childhood and self-loathing from Christianity in “No Company”. This song features an almost haunting background sound throughout portions, but also an incredible breakdown that can stand toe-to-toe with many of the other best bands in the core genre. The lyrical theme of this song is carried into “To Suffer in Silence”.

Here, the album shifts rhythms drastically. While it still features blast beats and breakdowns, it also sounds completely different from “No Company”, with a much heavier, in-your-face sound. For our readers who have been taught self loathing and hatred, this song in particular may speak to you. It comes from the viewpoint of somebody who was taught that everything they were and wanted was wrong, and speaks openly about the pain and loneliness it causes. Those familiar with this possibly know what comes next in “A Hole in Between”. By now, we are in the teen years of Codex Obscura’s life, and this song is a testament to her emotions in that period. Her hatred of other kids “who got to go to public school… with friends… who felt normal and okay with who their parents made them out to be.” This song also takes on a fairly experimental sound, with a high-pitch sound following along with parts of the lyrics, high above the guttural guitars of the rest of the song. These parts are echoed in the outro of the song.

“Gray and Red” specifically addresses her years from 13 to 17. The hatred was hurting her life, making it impossible to befriend others, to the point where it became comfortable. The bridges and breakdowns in this song come in a way that a person can easily picture a depressed, angry teenager in their head. There are frequent breaks, mixing parts that can almost be called “soft” with brutal drum beats and breakdowns. The mood of the lyrics begins to change here, though, as we get to “Eyes Toward the Sun”. The sound changes substantially, too. We’re at a part in a journey through her life where she was finally able to begin to explore what it meant to be herself. While this track has a steadier, slower intro, it does definitely feature heavy breakdowns and screams. The intro, however, is a motif it retains throughout, and the entire song has a more consistent sound to it. It isn’t until now one realizes how dissonant some of the prior tracks, especially “A Hole in Between” and “Gray and Red”, sound (which only serves to complement the songs).

This changes almost instantly- “4 AM” returns to the hard, fast, jarring sounds of the earlier tracks. Given that the song is about being shamed and trying to kill a part of herself, as well as the beginnings of her gender dysphoria, this is thematically appropriate. The pain and hatred seep through the breakdowns, driving home the full force of the lyrics and meaning through every breakdown as they get slower and slower. “I Bore My Teeth”, while still dissonant, is also a swing to more positive things. Talking about her adulthood, she has come out as transgender, and is letting go of her negative habits and feelings. This song demonstrates some incredible vocal screaming throughout, even more impressive than what has already been shown in the previous tracks. It is simultaneously loud, brutal, and loving, a loud proclamation that she is learning not to hate herself.

“A Color Louder Than Life” is a fast piece that has a more constant, less stop-and-go sound than other songs on Miira. Don’t worry, there are still breakdowns, but it is a steadier musical concept than most of the rest of the albums. It is also a window into somebody’s life once they’ve finally begun learning to love herself and her life. Finally, in “Miira”, we are where in today. She has learned that it is okay to be herself, that it is okay to not be okay. She knows that the things aren’t always going to be good, but it is okay to love herself and be herself, and that life can be enjoyed. It is a declaration that Miira, as the album is self-named, is “going to be alright, I’m going to be okay, I’m going to be fine.” The music cuts off abruptly as the album ends, appropriate to the affirmation of her beauty, life, and the beauty in her life as it stands today. If there’s any message to take away from this monument to a single life, it is that a life of pain and self-loathing can be overcome, and that it is okay to get help to overcome it. 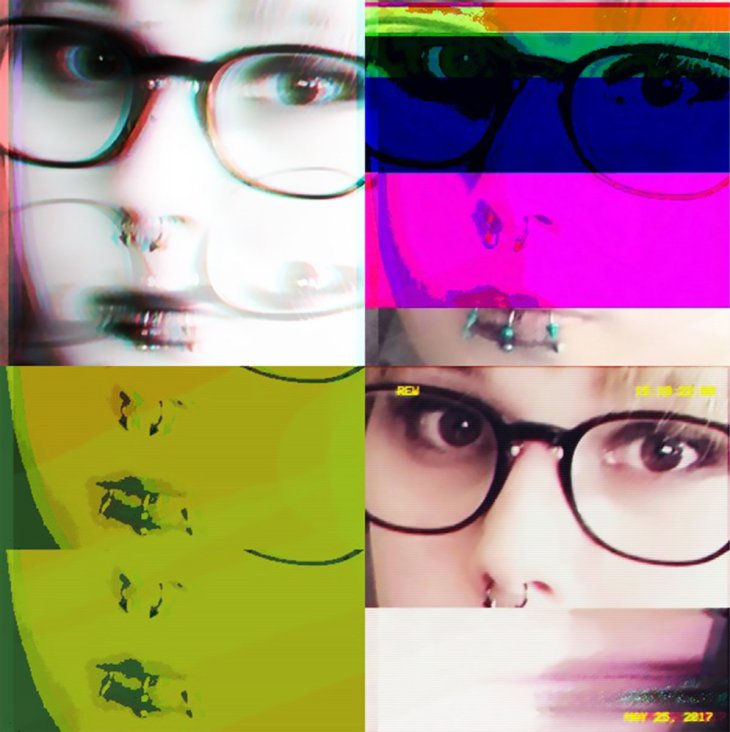 One of the best musical things about this album is the fact that every song is completely and totally unique in its composition. Some artists in the genre have songs that bleed into each other and become hard to differentiate- Codex Obscura is not one of these. Each song almost has a musical theme that matches the lyrical theme. If you don’t get the meaning by listening to the lyrics (or if you struggle with screams), the songs will happily bludgeon the meaning into your ears and mind. It is also incredibly personal, with the full meaning of each song available on the artist’s bandcamp, and a striking, singular self portrait as the album art. One of the only weaknesses of their prior work, Holy Teachings of Self Defeat, was the mixing and drum work. That is largely rectified here. One never struggles to make out her screams or the drums, as both stand out separately and powerfully from the guitars. Conversely, they never manage to drown out or disguise the guitar work, which is absolutely phenomenal. If you only pick up one deathcore album this month, make it this one.