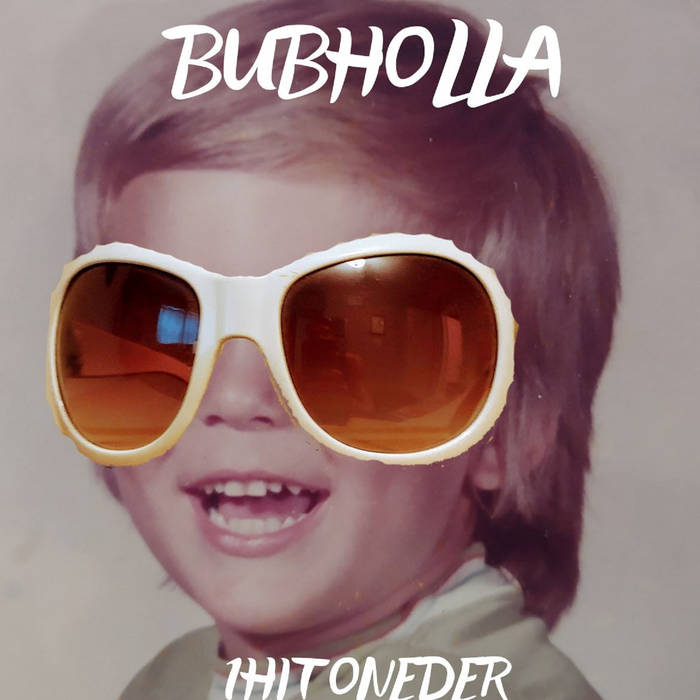 We had the opportunity to talk with Gastonia, NC native Brent Holland, otherwise known as “Bubholla”, who just released a new 12 track album “1HITONEDER”.

FTS: First off, tell us a little about where Bubholla comes from.

Bub: Bubholla is my alter ego. I’ve been doing this for nearly 3 decades. I originally put out a cassette around ’95 called BUB Brent Un-Banded. It was a little 4 track thing I did with shitty casio keyboards and effects pedals. Really just another creative outlet to have fun with.
I put out my first full length CD in 2006 called Bubholla Holla~Daze, which was recorded in Duluth, GA with Joel Mullis, who also co-wrote and produced the album.

FTS: How would you describe your sound and who were some of your major influences?

Bub: My initial thought was “Apocalyptic-Punk-Rap”, but its really a variety of styles and genres. Some of my influences include heavy metal like Dokken and Ozzy. Beck and Weird Al are huge influences as well. Easy E and Scarface are my main rap influences.

FTS: You’ve been involved in the music scene a long time. Can you tell us a little about where you’ve been and what else you have going on now?

Bub: Besides Bubholla, I’m currently the bassist for Vortex Of Old Men. Some of my other projects I am extremely proud of include Grandma Dynamite (1989 current VOOM line up). I was an original member of Kudzu Ganja, It Could Be Nothing…, Dirty Box, and Lamb Handler. I later formed a band called Bubholla and the Jambox that was a re-imagining of the electronic sounds to an almost Rage Against the Machine style endeavor. There’s an entire show on YouTube, where you can also find a couple of my older videos “Bubholla World Premier Video” and “I Can’t Take It”, which was a song about my diagnosis of Type 2 diabetes.

FTS: Let’s talk a little about your newest release “1HITONEDER”.

Bub: I had a lot of fun with 1HITONEDER. It was my first attempt at engineering, producing, and mixing, wearing all the hats. It was completely done in my basement studio “ThickyDeeps”, which is where we had previously recorded the VOOM album with Joel Mullis. I also had a blast recording and editing the CHANGETHEWORLD video, and I have a new video, TUMBLEWEEDS, that just released this past Sunday April 12th. I plan to do several more videos and I am already working on another Bubholla album. It’s actually come at a good time when we’re all secluded at home (due to COVID-19). It gives me a creative outlet, but Lord knows I can’t wait to get back to the Bandroom with VOOM and crank it up!