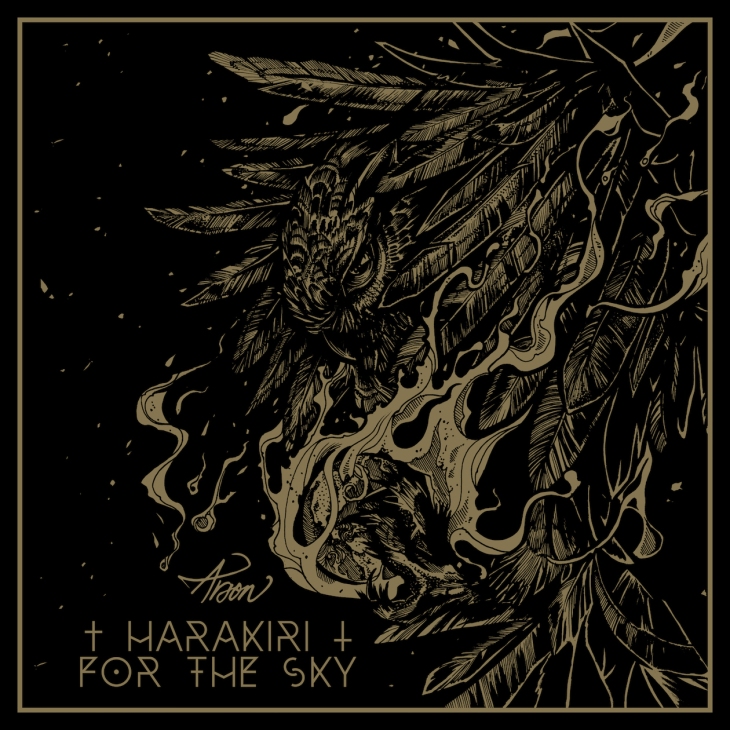 Review by William Dibble, photos courtesy of Harakiri from the Sky

Traditionally, we bring you a lot of bands out of the States in our articles. This band hails from Vienna, Austria. Claiming to be post-black metal, Harakiri for the Sky has three albums out and a fourth coming in two weeks. Arson releases on 16th of February, promising to bring epic-length black metal to your ears. Most of the songs on this album are over eight minutes long. It is their first album to feature studio drummer Kerim “Krimh” Lechner, known for his work with Septicflesh and Behemoth. Harakiri for the Sky sets some ambitious goals with their lengthy songs, and it is certainly a worthwhile gamble. The entire album clocks in at an impressive 71 minutes.

Arson opens with the nine minute track “Fire, walk with me”. It would not be out of place to compare this track to a mixture of Insomnium’s “Winter’s Gate” album with instruments from their older albums. This is the work of seasoned musicians and songwriters. The track is a veritable soundscape, featuring blistering speeds and majestic breaks in the speed. It’s hard not to make comparisons to many genre greats, or comparisons to some of the progressive bands with LP-length tracks. “Fire, walk with me” and “The graves we’ve dug” are excellent songs to get you into the album. They showcase the superb drums and guitars on the album. The latter has a slower intro that slowly edges into a heavier riff, before diving into an avalanche of heavier beats and faster shredding. The heavy places are interspersed with clean, drum-free guitars. It gives the ten minute song the impression of being much shorter, as it doesn’t begin to get old or wear out. In fact, before you realize it, Harakiri for the Sky has swept away twenty minutes with what are some of the best black metal vocals and riffs in the genre right now. Excuse us, post-black metal. They show no signs of letting up as “You are the scars” begins. Similar to “The graves we’ve dug” (the capitalization seems to be intentional), it begins with a slower intro, though it doesn’t speed up in the first verse. These are the two tracks on the album that clock in over ten minutes, and showcase HftS’s ability to write long songs. The length of the songs flows naturally and feels good without feeling like it is dragging on. “You are the scars” morphs into a majestic, soaring song combining blistering drumming with melodic guitars and heavy vocals. To be fair, though, that description fits the entire album in a way.

“Heroin Waltz” is still the first half of the album, despite being a respectable thirty minutes into play time. At this point in the album, it would not be out of place to say that the vocals sound the same throughout. However, that is not a weak point when you consider that they sound stunning throughout. If anything, it showcases their ability to write unique verses and music. “Heroin Waltz” is distinctly it’s own song, while fitting in perfectly to the mood set by tracks one through three. It is followed up by “Tomb Omnia”, a pounding energetic track. I think what is notable about this one is that the drums and guitars have a much lower tempo than some of the previous songs, almost giving a marching feeling to the song. Certainly, there are the usual blistering drum fills and blasts of bass pedals, but overall, it has a much more plodding feeling. This isn’t a bad thing- it gives the song unique character. “Stillborn”, on the other hand, is almost entirely neck-breakers when it comes to the construction of the songs. If you try to headbang to this one, it’s guaranteed you will get whiplash.

“Voidgazer” is the album’s eighth track, but it begins almost an hour in. That being said, HftS doesn’t show any sign of stopping with their aural onslaught. While “Voidgazer” is arguably a slower song  than some of its predecessors, it is really hard to call any of these songs “faster” or “slower”. Each one contains an EP’s worth of song variation and composition, so these assessments are subjective at best and meaningless at worst. The album does, however, close out with the shortest song, “Manifesto”. “Manifesto” is a cover of a song by Graveyard Lovers. The fantastic thing about covers is that they give bands like HftS the opportunity to match somebody else’s composition with their own, and they excel at that. While featuring clean guitars and vocals, the song is distinctly and uniquely a part of the rest of the songs. It is an amazing way to close out Arson.

Very few bands can consistently pull of songs of ten minutes or longer and make each one unique. A frequent problem with that is the songs begin to sound repetitive. Harakiri for the Sky side steps that problem entirely. No two parts of Arson sound truly alike, offering over an hour of expertly written and recorded post-black metal. When this album comes out, it will certainly be one you should pick up. It will be available on most music retailers on 16th February, 2018.