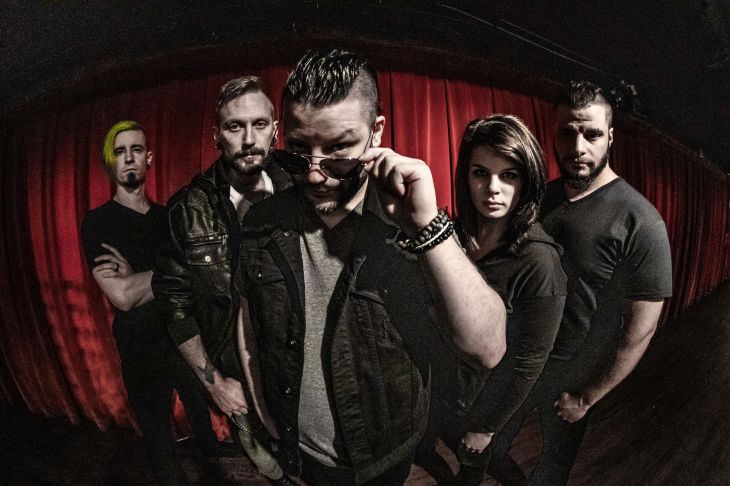 Fresh on the coattails of their EP Moments: Red, Something Clever is releasing Moments: Blue. Moments: Blue is another four-track release. With Red ending in the anthem-like “Rise”, Blue picks up without missing a beat in the track “Always”. “Always” is a fantastic played-straight metal track, full of hearty riffs and heavy drumming.

Something Clever is known for blending metalcore and emo into a fantastic creation, and Blue continues on that theme. There’s no mistaking that it is a part of Moments: Red, forming a complete album between the two of them. Releasing them as two EP’s, rather than one big album, ends up working really well, though. After Moments: Red, listeners were left with a sense of anticipation. And Moments: Blue takes that and makes the wait all worth it.

“Always” was a fantastic track, but Blue takes the energy of that and pushes it even higher in “Super Human”. Something Clever is somewhat famous for their exuberant stage show, and they know how to carry that back to the studio with them for their studio releases. Between the vocals and guitars, it is easy to feel the energy of a live show, even through your speakers. The track grabs you and pulls you along for the ride right up to the point where it transitions into “Freaks Like You 2.0”’s opening scream.

The rawness of the scream belies the nature of the song. Overall, “Freaks” is possibly the EP’s most mellow track. Not that this means much. When put into a lineup with the other tracks, including “Get With It”, they are all excellent examples of the best that Something Clever has to offer, while also being some of the heaviest tracks in their library.

Now that both parts are out, make sure you pick them up. While Moments: Red and Blue both shine on their own, they play best together. Choosing to release their latest set of tracks as two separate EP’s is, well, something clever. But then that’s the name of the band, isn’t it? Moments: Blue is available on streaming services and music purchasing platforms today!