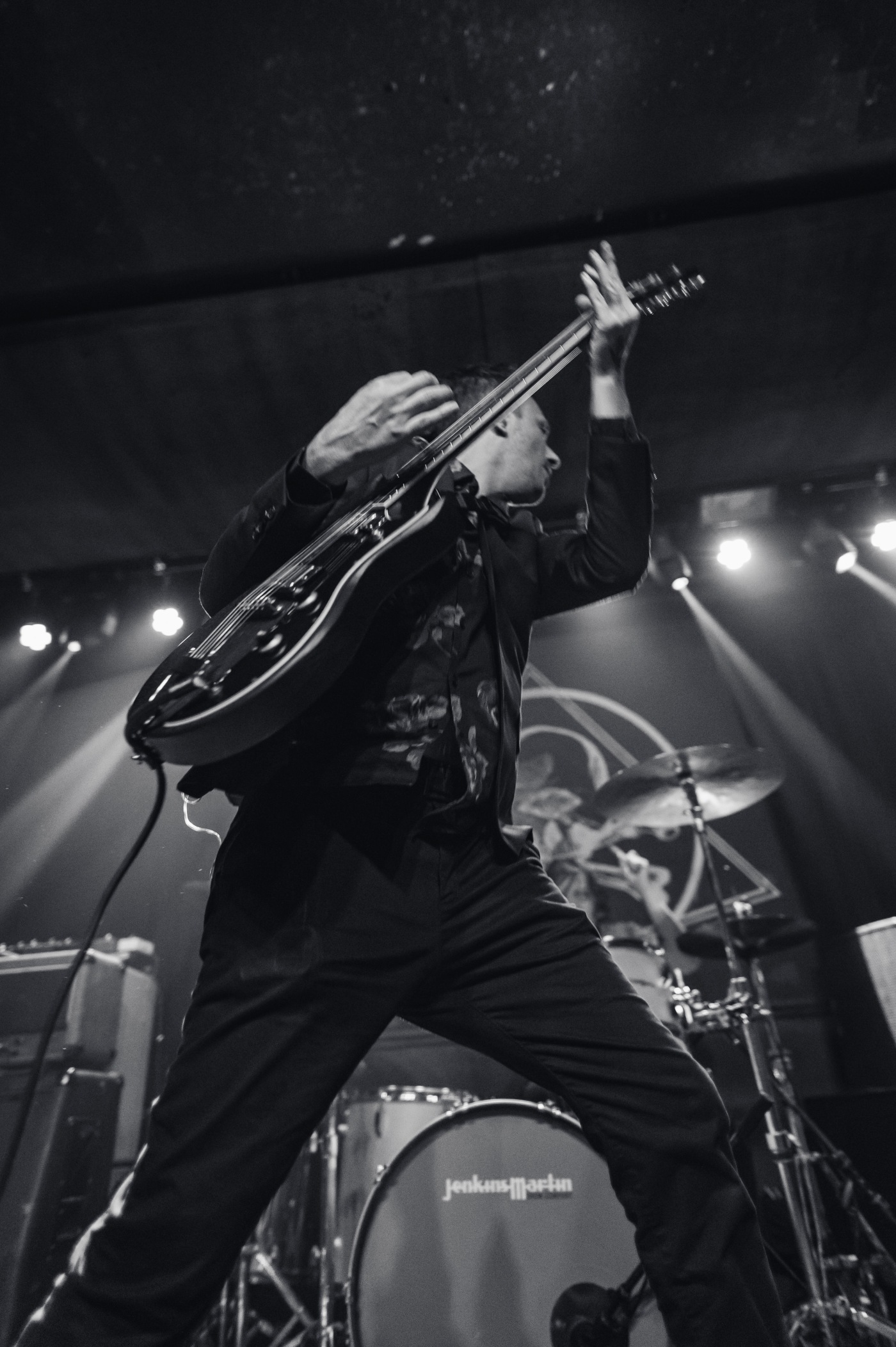 Photos and Writing by Kyle Ostrander

Sludge-gaze band Spotlights took a break from the studio last week to take the stage at Saint Vitus in Brooklyn, NY. The band kicked off their first show of 2023 with the booming track “Seismic”, which led perfectly into the crunchy bass tones of “Part II”. The set only continued to get heavier from there, as the band then launched into “Until the Bleeding Stops”. Although Spotlights are just a guitar, bass, and drums three-piece, their huge sound shook the packed room with every riff. It wasn’t just their sound that brought the room to life though, the band’s stage presence from Mario Quintero’s guitar thrashing, Sarah Quintero’s head banging, and Chris Enriquez’s drum smashing had the crowd jumping along to every song.

The band’s 6 song set included cuts off their two albums Love & Decay and Seismic, as well as the EPs We Are All Atomic and Tidals.