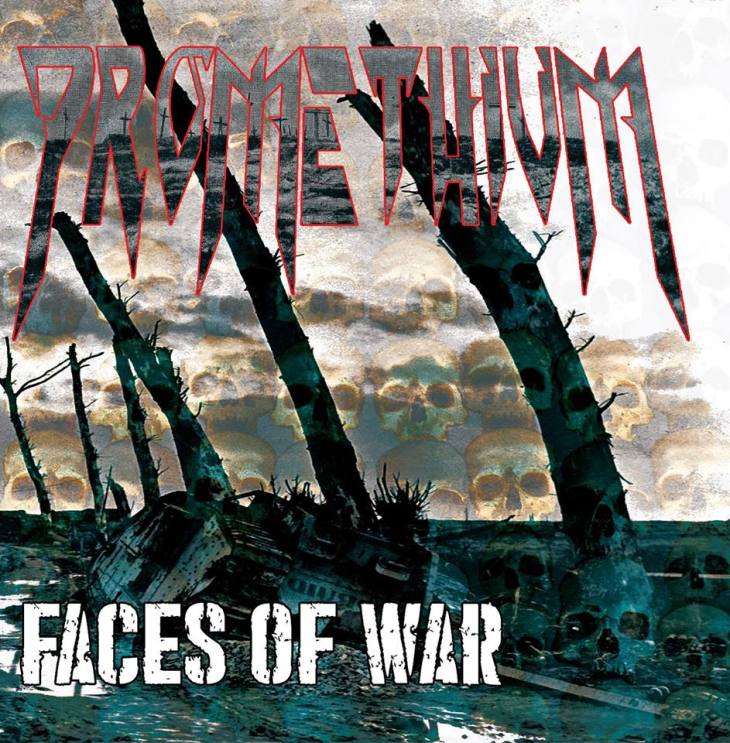 Known for storytelling on songs like “Gunslinger,” the Lads from the UK’s Promethium
are back and this time they have war on their minds.

On the band’s third album, 2018’s Faces of War, Promethium crafts a set of songs exploring war and all its aspects. This is not the band’s first foray into the topic of war. Fans may remember 2011’s “Welcome to the Institution.” The song, “Tribute to the Fallen,” was surely a glimpse of things to come.

I first thought we were dealing with recent wars. After hearing lyrics on track 5, 20,21,15:
“Through a nuclear hellfire nobody stands at all, a nuclear hellfire will end us all,” and Track 8: “Final Solution,” a song about the Holocaust; I realized this album is about much more than the dust up in the Middle East.

-Track 3 “P.O.W.” After listening, I made notes to myself: “Guitar changes are insane,” and “WOW!” The lyrics on this song are a truly interesting take.

-Track 4 “Shell Shock” opens up with some kickass down riffs setting the mood for the serious subject of PTSD. The emotion on this song is unbelievable. Graham stretches his range as he sings: “Suffering, It’s all in my head, Consuming, It’s bleeding me…bleeding me dead.” The vibe on this tune made this song my personal favorite of the album.

-Track 5 “20,21,15” lead singer, Graham, intones an emotional range that drags us back to revisit the horrors of the Nuclear War. Harmony and backing vocals made this one a favorite to listen to over and over. 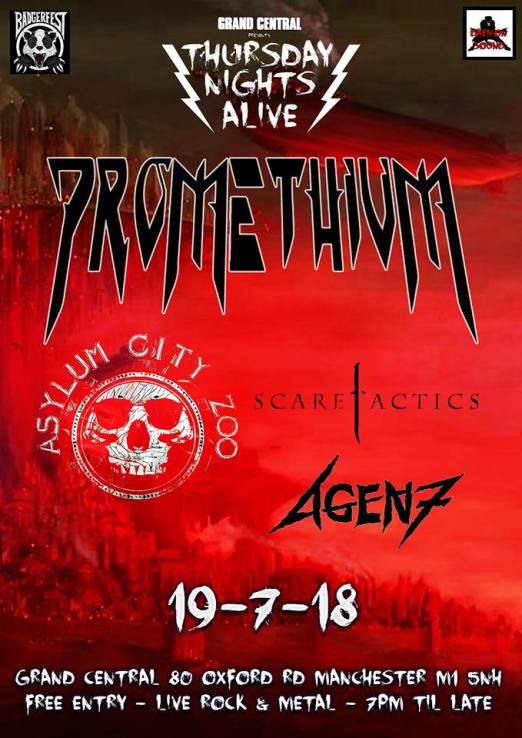 After listening through several times for this review and playing some songs many times over; I am convinced this is Promethium‘s best work yet. This album is brilliant! My only regret, after listening to Faces of War, is that I won’t be able to catch a live show in support of this album since the UK is a very long plane ride away! Available now at their website!