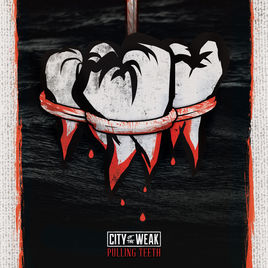 Album review by Savanah Ruiz, photos provided by City of the Weak

City of the Weak is putting everything on the table with their latest release, Pulling Teeth. This album is explosive, addictive, and full of attitude. This Minneapolis, MN band has been around since 2012, and have put nothing but hard work and dedication into  their project, touring the United States endlessly, and even reaching their 400th show this year. Pulling Teeth encompasses the bands essence with every song, and shows that their hard work was worth it.

Songs like “Trust Nobody” invoke the emotions that the band felt while making them due to the emotive power of City of the Weak. Each song puts listeners in the shoes of the band and leaves them craving more. Though they have been around for a while, this album definitely puts City of the Weak on the map as a rock band. Pulling Teeth is catchy, passionate, and well put together.

Finding out they have played the main stages at music festivals such as Rock Fest and Rock USA should be no shock to listeners since this band’s presence can be felt in every note, their attitude stands out and pulls listeners in.

City of the Weak has already gained some attention, receiving over 1.3 million views on their first six music videos, but Pulling Teeth is sure to solidify their spot in this industry. There is so much potential in this band and their success so far only further proves that they belong in this scene.

While City of the Weak is a rock band, they have used elements of both pop and rock to create a sound that sticks out as unique. Vocalist Stef “with an F” Huschka also adds to this unique sound with her skillful vocal work.

Pulling Teeth was produced by Craig Owens (badXchannels, Chiodos), and his experience in the music scene can also be felt through the excellence that is shown throughout this LP. Pulling Teeth was also engineered, mixed and mastered by Jordan Disorbo, who owns Glass Arrow Audio and is the guitarist of rock/post-hardcore band Glasslands. 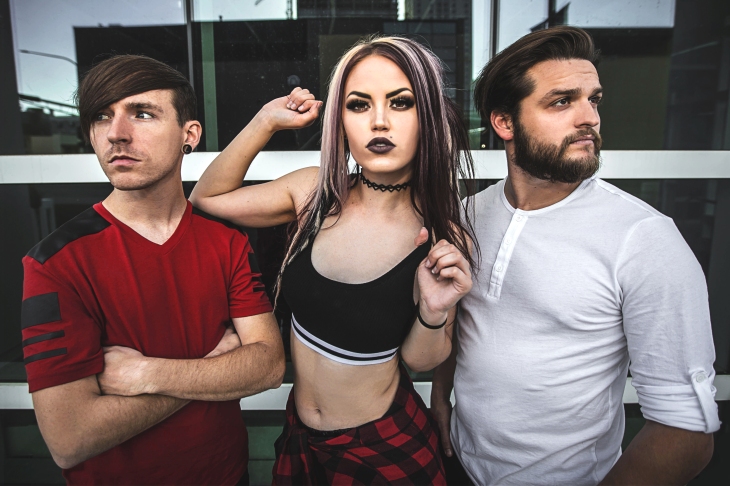 This band is known for their intense and fearless stage presence, a power transcends their live performances and shows through each song. “Drag Us Under,” in particular, embodies the band’s motivation to fight their way to the top of the rock charts, a goal that seems close at hand for this talented up and coming band.

Preorder bundles for Pulling Teeth can be found at www.cityoftheweakofficial.com and you can digitally preorder the album through iTunes.