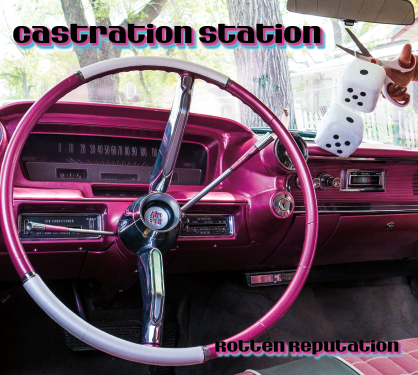 For a while, it seemed like the day of riot grrrl punk rock was gone with the rest of the 80’s punk movement. Punk never died, it lived on through multiple other genres. Some of its early trademarks had faded into memory, while others remained the same. Denver locals Rotten Reputation are a callback to early-era punk. Their new EP, Castration Station, was released recently, bringing four speedy tracks with it. 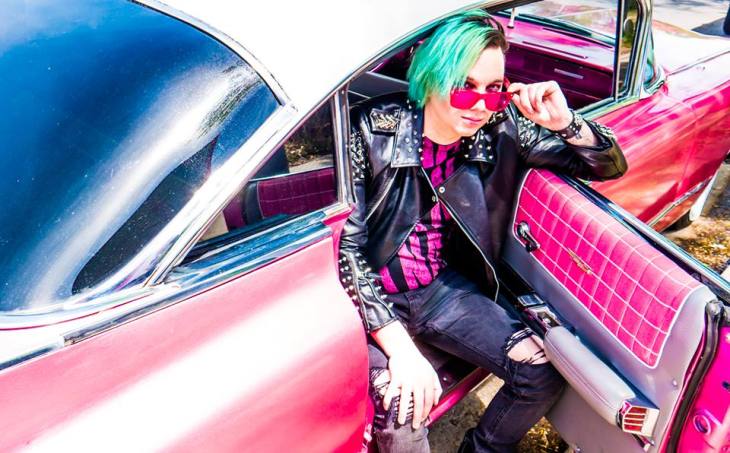 There’s no chanted intro track. No sampling of news stations or rapped intros seen on a handful of modern punk albums. Castration Station launches straight into the slam dance with “Bridget Bishop”. Castration Station is one part hardcore punk and one part social commentary. “Bridget Bishop” features the catchy and easy-to-learn chorus of “She’s a witch, she’s a witch, she’s a witch” but explores various ways and reasons society disenfranchises and attacks women and their rights. Lola Lightning delivers an emotional, punchy performance of these lines that matches up well with the precision and speed of the rest of the band.

“The Game” follows “Bridget Bishop” out the gate, not once breaking a sweat while keeping up the same breakneck pace. While melodic singing certainly has its place in punk, it is also important to remember that many of the bands that invented the genre combined this with yelling, or used yelling entirely in the place of traditional singing. Rotten Reputation combines melodic backup vocals and yelled lyrics in this song with fantastic skill, creating a layered feel to the song that really enhances every listening.

Editor’s Note: Content warning for discussion of rape. If this bothers you, you should go to the next paragraph. “Chronicles of Tragedy” jumps right into the story that a lot of women and fem teens have experience with. It’s a rough song to listen to, but its message is important nonetheless. This song is the story of a twelve year old who has experienced abuse and manipulation from before they were even a teen. They could not tell their parents, their friends, or anybody else. In high school, they gave up their virginity to try to escape a label, and the abuse continued. At this point, there is a list of various situations in which the singer was raped, and some of these double as excuses people use to belittle or dismiss rape victims. The song ends with the lyrics “You kept my heart beating so I could be abused”, a damning accusation at the person this song is directed at, though that person could just as easily be society. Musically, the song stands out as having a slower bridge featuring what sounds like a piano, while fitting in perfectly with the distinctly crunchy sound of the EP. 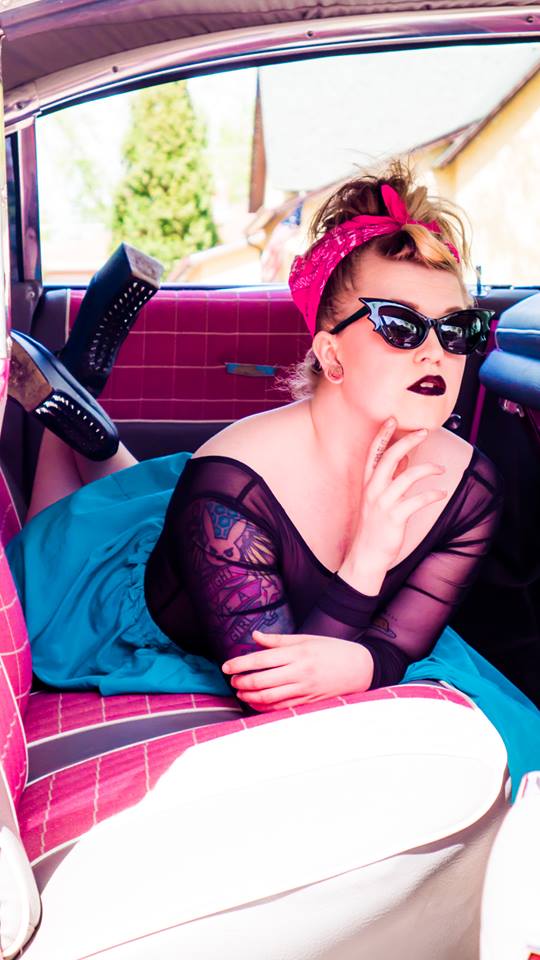 Castration Station closes with “Rock n Roll Queen”, an excellent example of how rowdy punk can get. With the roar of an engine and a killer riff, it goes right into describing the singer’s rock n roll queen. A killer femme fatale who drinks and smokes, she makes her way down Route 66. With plenty of auditory throwbacks to Joan Jetts and the Blackhearts, this is a catchy riff-heavy song with a fun and catchy chorus.

Rotten Reputation has been in the Denver punk scene for quite a while, and they played with Anti-Flag and more in January. Far from being amateurs, they have a refined and practiced punk sound, if such a thing exists within the bounds of a genre that prides itself on breaking rules. Included in the physical copy is a few notes they’d like the fans to know, reminding their fans to support sex workers, practice consent, and that gender is a social construct. Fans of punk rock would be doing themselves a disservice to pass on this album, so be sure you pick it up today.