Review by Seraphim Dibble, Images provided by Spreading the Disease

The United Kingdom has a long and storied history in metal. It is the country that gave bands like Judas Priest, Iron Maiden, and Cradle of Filth. Genres of metal have born and died in the UK. Now, the UK gives us a new heavy metal band, Spreading the Disease. They hail from Kent, UK. The band was formed in 2014, and released their first EP, Viral, to much acclaim. Now, they present their first full-length album, Insurrection. Insurrection was actually released last year, but it is worth revisiting this energetic release.

The opener, “Find My Path”, borrows heavily on the metal trope of opening an album with semi-clean guitars. It doesn’t take long to hurl a massive amount of sound and metal through the air, though. Singer Connor Russell Snyder’s vocals are one of the immediately noticeable things. While every lyric is screamed at the audience, the words are, for the most part, also easy to understand. The song itself is heavy, intense, and in your face, while not having that high of a tempo. This is impressive in and of itself. The second track, though, changes that. “Words Unspoken” comes racing out of the gate with an intense riff and blasting drums. The alternating of fast and slow is fantastic, and one can imagine the band swinging their hair in a helicopter pattern quite easily. “Dischord” gives us just a few moments to breathe as an otherworldly computerized voice chants. They use these chants to break up other parts of this intense track.

Up next is “Spreading the Disease”. Here, they combine semi-melodic songs with their screams, producing yelled verses that sound almost like rap. It doesn’t deviate from the sound or tone of the rest of the album, yet offers a distinct and different sound. If anything, this track and “Greed” cement that Spreading the Disease are extremely skilled musicians. “Greed” is a rambunctious manifesto about the everyperson standing up to those who are holding them back. Combined with the speedy follow-up “Save Me”, it’s no small wonder that Spreading the Disease are working up to their first US tour. “Whores of War” opens with guitars similar to the first track. It also adds in growl-whispered lyrics before cutting into the trademark screams and heavy riffs of the rest of the album. A critique of those who go to war at the expense of other, it offers a sprawling, diverse song with blistering fast parts alternated with slower, whispered verses. It is also the longest song at almost seven minutes long.

“Method to My Madness” has a few seconds of similar intro, but catapults right to the pounding sound that Spreading the Disease is so very good at creating. That’s part of what makes “Can’t Let Go” so surprising. You’re suddenly presented with a song that is mostly clean guitars and melodic vocals. This song fits in perfectly, though, with harder riffs and verses interspersed throughout. It is a fantastic track and fits in perfectly. Being a UK band, it is understandable that Spreading the Disease will have opinions on political matters, and “Brexit Wounds” is a potently relevant track for those living that reality. Social relevance like that is what gave many bands like Judas Priest, Iron Maiden, and The Sex Pistols staying power. With a modified version of the Lord’s Prayer, they express their anger about the government’s decision. “Last Goodbye” is a fast-paced outro to the album, offering a powerful send-off for a stellar album. 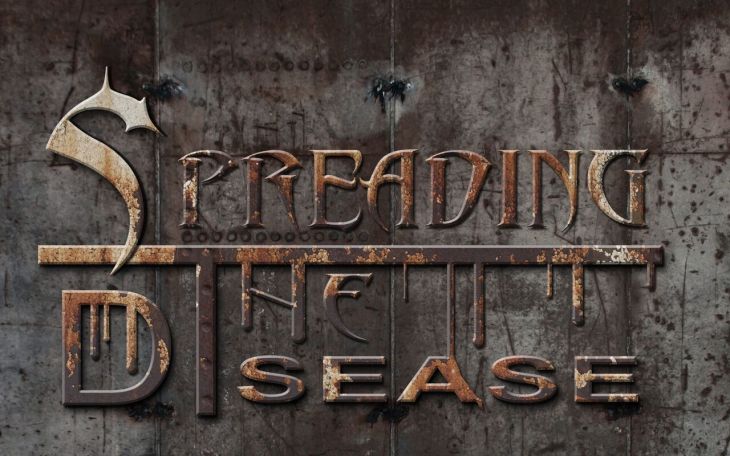 It would not be surprising to see Spreading the Disease spreading their influence throughout the US and worldwide metal scene. They have a tight sound and excellent execution. The technical solos and excellent vocals give a lot to listen to and process, and the entire album sounds well put together. You’d be remiss not to pick this one up, so make sure you do that today!