Fuel the Scene Magazine had the distinct pleasure of covering Whitechapel last month in concert with several other bands, including Fleshgod Apocalypse and The Black Dahlia Murder. This time, photojournalist Kirby Green caught up with Whitechapel on the next leg of their tour in Cincinnati. Bogart’s is a historical venue with over a century of history behind it, just off Cincinnati’s Jefferson Avenue. Despite the age of the venue, they have a long and venerable history of hosting crushing metal concerts. 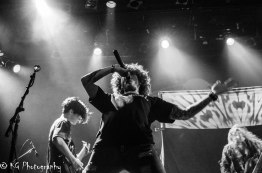 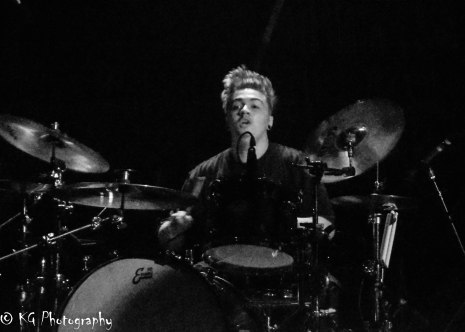 August 10th was no exception. For this leg of the tour, DeathCulture was the opening act. For those who insist that local bands cannot hold a crowd like national touring groups, this band was out to prove them wrong. Most of the crowd not only knew who they were, but were energized from the first chord. The screams and growls of the singer matched perfectly with their drummer’s superb talent and attitude. At one point, the drummer managed to make several hand gestures without breaking a beat. They also know a thing or two about audience engagement. DeathCulture brought on two separate audience members to assist with the screams, which only served to invigorate the audience further. Metal fans in Ohio and the Cincinnati area would do well to keep an eye on this group! 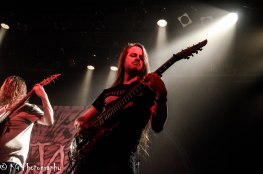 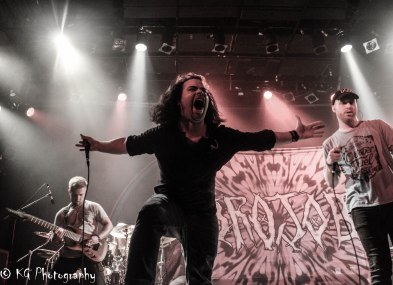 They weren’t the only star of the night, though. Brojob is a band that takes deathcore’s hypermasculinity to a level that can only be described as pure satire. While Deathculture might have gotten the crowd moving and energized, Brojob got the first pit of the night. They weren’t there just to play music, though. They were there to have fun and make sure the audience was having fun, too. At one point, their singer leapt into the audience to deliver hugs and high fives. At another, he asked everybody who had experienced depression to raise their hands, so they could all see that they were not alone. In a genre known for being aggressive and angry, it is refreshing to see a band who wants to make sure their fans are not only enjoying themselves, but welcomed and loved. 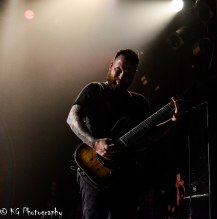 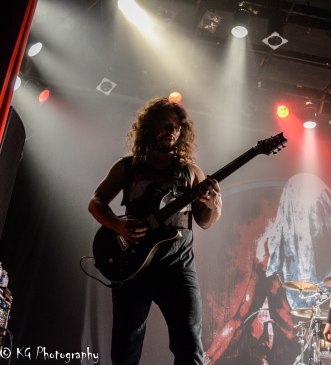 These two bands were perfect openers for Whitechapel. It is hard to believe that a venue with this much history in its walls could contain an explosive act like this, but it did. Opening with the aural storm that is “This is Exlie”, they tore into their setlist like a pack of wolves. Whitechapel managed to open not one, but two mosh pits, and attracted crowd surfers later on. They kept the lights low and the energy high, and at several points, let the lights go out before startling the audience with their signature growls. Acts of this intensity are few and far between. 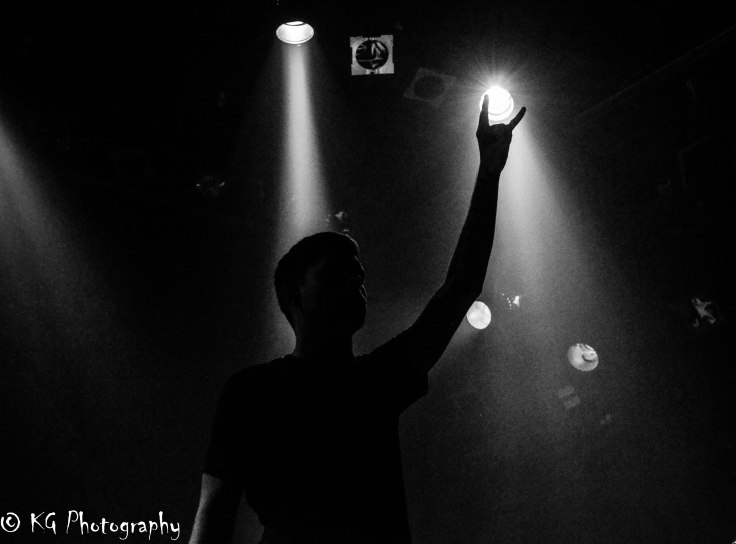 It doesn’t matter that this leg of Whitechapel’s tour doesn’t include other headliners. The shows are emotional and frantic. Loud and powerful. Hosting the show at Bogart’s was an excellent idea. The melding of a historic venue with modern genres lends it a certain ambiance that is hard to duplicate. It would also be remiss to leave out just how vital Brojob and DeathCulture were to the show. The atmosphere would have suffered greatly to not have either of them. If you haven’t seen them yet, be sure to see Whitechapel as they continue their tour!