Denver is a huge city known for many things. Denver is known for omelettes that it didn’t invent. It’s not known for cheeseburgers, which were possibly invented there. It’s also the type of city where if you live in the suburbs, you just tell people from other states that you live in Denver. 21 Taras is a hard rocking band that hails from Littleton, CO. They just recently released their latest album, Change. 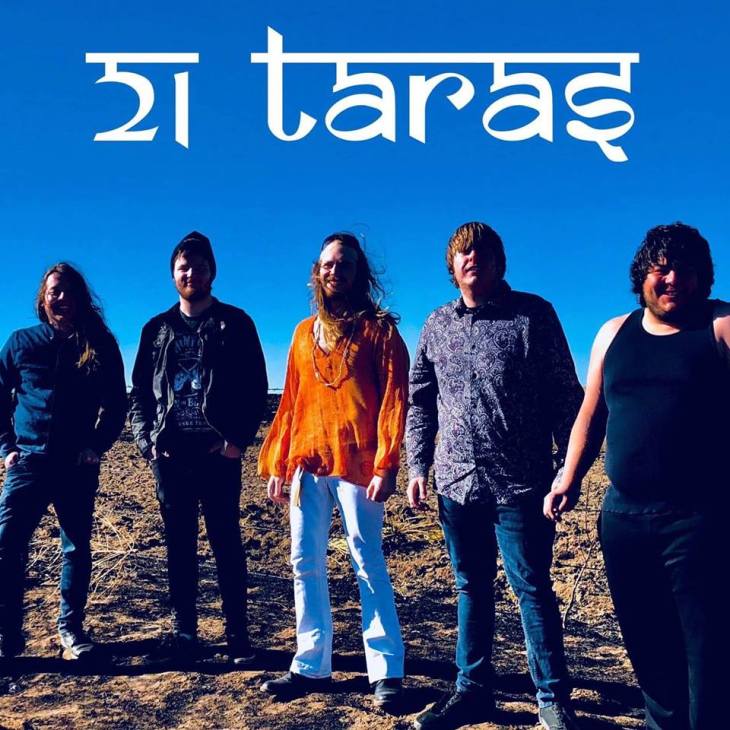 Change opens up with the old phrase, “Change Is Gonna Come”. Right away, there is a raw feel to the music. Something about the production values just feels a little more raw and unprocessed than other bands. Another noticeable thing is the slight wavering in the singer’s vocals. They add a lot of personality and emotion to the lyrics, which is great for a song about standing up to overbearing authority. It lends it a bluesy sort of feel, which they capitalize on in “Gettin’ Hungry”. Between his raspy voice and the jazzy tempo, this is a song that remembers rock’s roots. It gives a great contrast between the first track and the third, “Fatal Farm”. 21 Taras is a callback to the earliest days of hard rock and metal. The rhythms and sounds are reminiscent of Led Zeppelin and their cohort.

“Time Traveler” adds a touch of horns for just the right amount of flare and personality. It is just enough to set it apart from other songs on the album. It is fascinating how capable 21 Taras are of producing such a diverse album, as “Sleep Softly” is completely different again from all previous songs, including “Time Traveler”. Much like the early greats of the genre, they know just how to twist their sound through a variety of styles. “The Ego and The Universe” is a jazzy romp that ventures back and forth between the sounds of hard rock and acid rock, for example. Parts remind the listener of Pink Floyd while others are something entirely different and unique.

Then you have “Heavy Road”, which sounds more like Black Sabbath. Contrast that with the softer “I’ve Been Better, I Be Worse” and “From A Distance”, and you have quite the range of songs. If anything, this album manages to use every minute to show how diverse the songwriters in 21 Taras are. If you’ve been missing the ‘70’s and ‘80’s, they are definitely the band for you. The recording technique is spot-on, the mastering is precise, and the sound is great. It is the kind of release that begs for accompanying vinyl records and gives you flashbacks to hot days on leather seats, listening to cassettes on the road. Make sure you are doing your best to pick this album up as soon as possible!