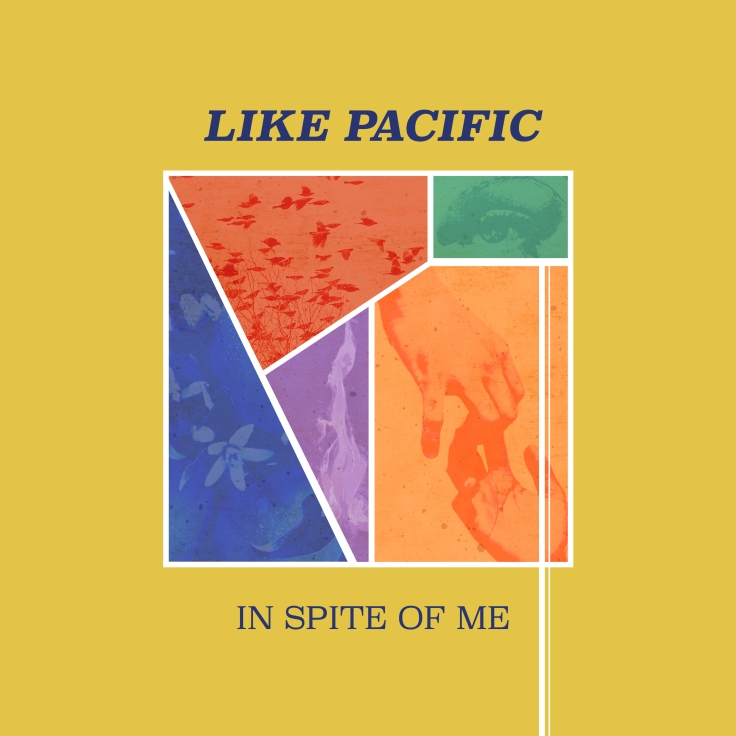 Album review by Seraphim Dibble, images provided by Like Pacific

Like Pacific’s 2018 album, In Spite of Me, comes out swinging with its chorus in the first seconds. In Spite of Me is their second studio album, and wastes not a single second in getting you roped into their brand of energetic punk rock. The Canadian quintet has been around nearly a decade now, and In Spite of Me is a reflection of the band’s growth throughout that time. The song’s opening line repeats itself throughout as a catchy and fun chorus, combined with the singer’s yelling.

The cadence of “In Spite of Me” soon gives way to the rousing drums of “Sedatives”. In the last half of the 2000’s through the early 2010’s, pop punk hit a high point of popularity. During this time, bands like Taking Back Sunday, My Chemical Romance, and Fall Out Boy seemed to be at their most popular. It was this period that brought us a sound that Like Pacific has preserved. “Sedatives” and “Had It Coming” are loving letters written to this period of the genre, with musical and lyrical callbacks throughout.

That isn’t to say that they’re stuck in the past, though. Like Pacific has enough songwriting chops and know-how to stay out of the nostalgia trap. “The Spring” is a great example of this. With the lightning-pace drumbeat interspersed by ‘softer’ drum-free moments and the almost-but-not-quite-hardcore lyrics, it stands on its own as a force of sound.

In places, such as throughout “Self Defeated”, one can hear echoes of vocal styles similar to Coheed & Cambria. It is clear that Like Pacific is not a band to stand idle while the world moves. They watch, listen, learn, and adapt, producing albums like In Spite of Me that have stupendously good songs on them. 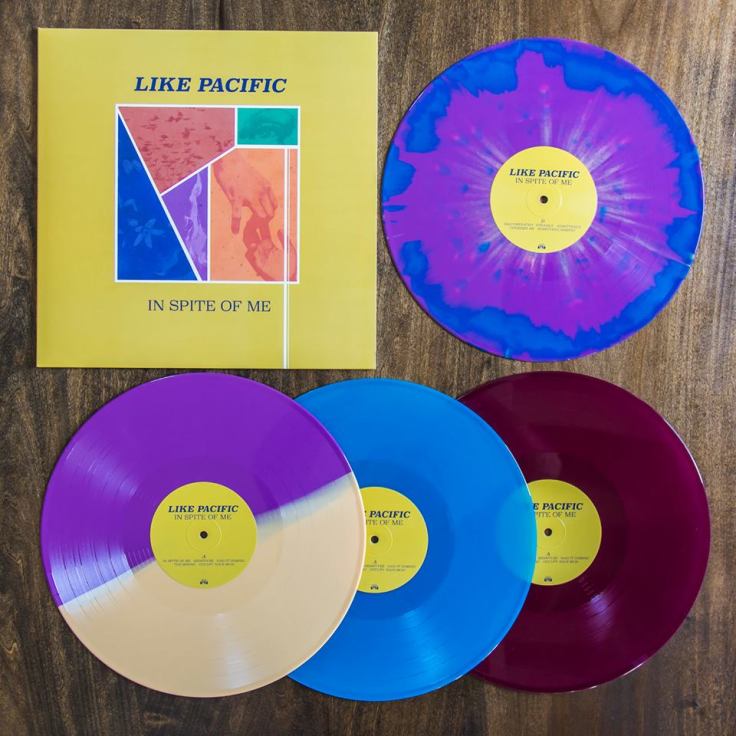 It is hard to say, though, if the lyrics are about somebody the singer’s broken up with, or an abstract concept. The album seems to entirely be about the theme of being with somebody that saw the singer as a waste of time, but that’s an unsteady narrative. It swings between being happy about the break-up and upset about it, with some songs wishing he was back in the relationship. It is worth noting, however, that people who have gone through sustained emotional abuse can swing through this narrative arc as well, which might be something Like Pacific fully intended to emulate.

During the 2000’s and early 2010’s punk pop era, music was fast, raw, and emotional. Like Pacific has successfully brought that forward into 2018. While they have put out a few EP’s, this is only their second full-length album. Following two years behind their last, it is clear that they’ve spent two years refining their craft. They are a band to watch. Be sure to pick up their new album today!