On a scale of “One to Heavy Metal”, the new album Ways We Haunt by Stellar Circuits comes in at a firm “Heavy Metal”. Their latest LP was recorded in conjunction with producer Jamie King. Jamie is perhaps best known for working with Between the Buried and Me, The Contortionist, and For Today. And it shows. Ways We Haunt is a fantastic post-hardcore prog metal album from the start. With the complicated guitar riffs and the clean high vocals leading, it descends into a maelstrom of screams and breakdowns by the end of the first song.

“Skylights” swoops back up into the high notes with its ambient clean intro. The humming bass line draws us along into the song until the heavier guitars come in. Meanwhile, Ben Beddick’s vocals keep us grounded all the way through until the screaming at the end starts. And therein lies the magic, both within Stellar Circuits’ new LP and the post hardcore genre. Plenty of bands have written masterfully complex music with high concepts and skillful instrumentation. Stellar Circuits has written an album that is at once complex and listenable.

Listening to Ways We Haunt is like riding a roller coaster. At points it comes to a slow crest, letting you survey the aural soundscape around you. The listener gets a few moments to appreciate how far they’ve come before they are plunged into another blast of metal. The cycle doesn’t get old, either. From “Fell Under A Spell” all the way through the title track at the end, none of it ever feels repetitive.

It is clear that not only do Stellar Circuits share a producer with bands like The Contortionist, but a similar ear for music. The lofty vocals, ambient instrumental tracks, and even album art are reminiscent of other bands in the genre. That isn’t to say the album seeks to copy any band in particular so much as sounds like many of the famous names in the genre. 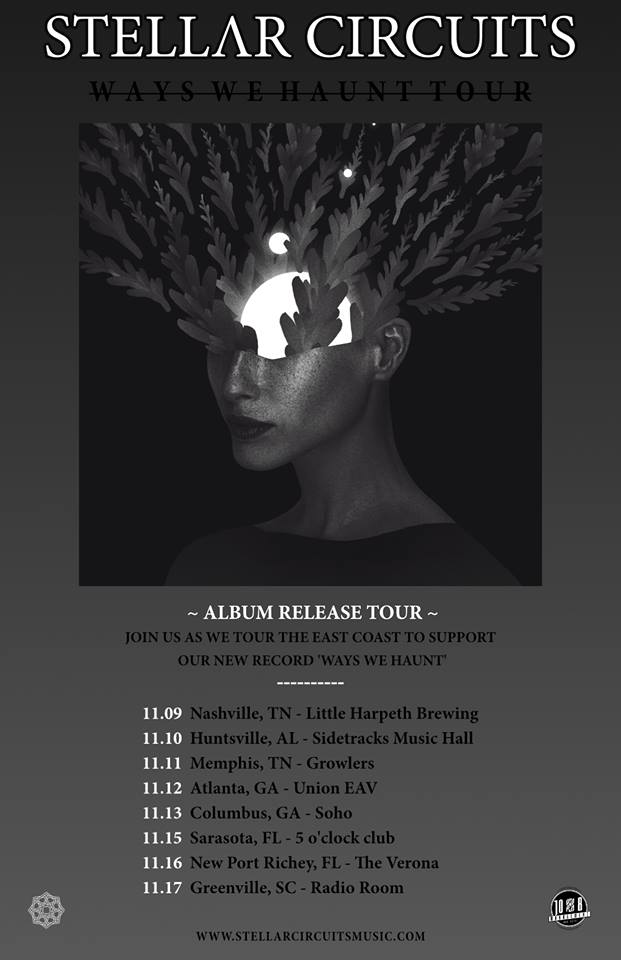 It would really be a shame if you were somehow to get through 2018 without listening to Ways We Haunt. Here at Fuel the Scene Magazine, we say a lot of albums are must-haves. And they are. But if any album were to be crowned at the top of our list of “things you must listen to”, Ways We Haunt would be a serious contender. The first single, “Go With Your Ghost”, is already available, and the entire album becomes available on November 9th. Make sure you pre-order it so you don’t waste a single moment!