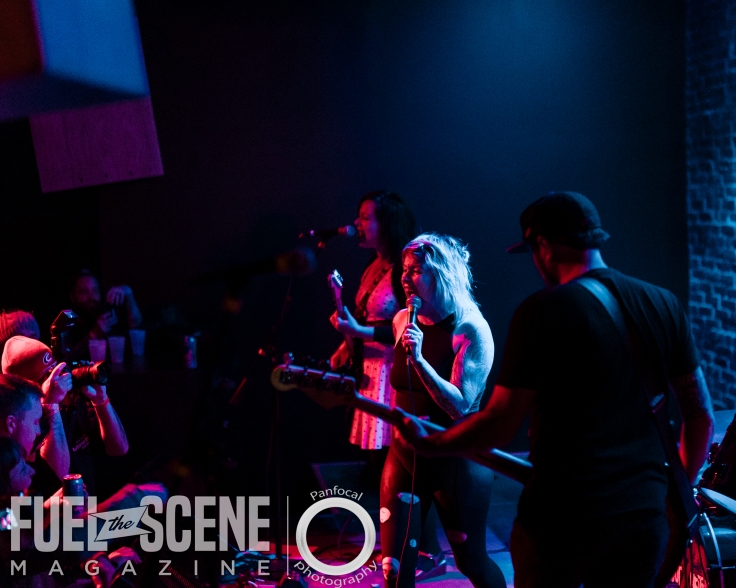 Review and photography by Seraphim Dibble

It was almost exactly a year ago when Anti-Flag, Stray From the Path, White Noise, and Sharptooth exploded through Denver on their national tour. On that day, they joined the all-day Punk Against Trump festival hosted by Summit Music Hall, which also featured a number of causes. This year, the event was hosted by local group Allout Helter. Like the previous event, Punk Against Trump featured local causes and music. 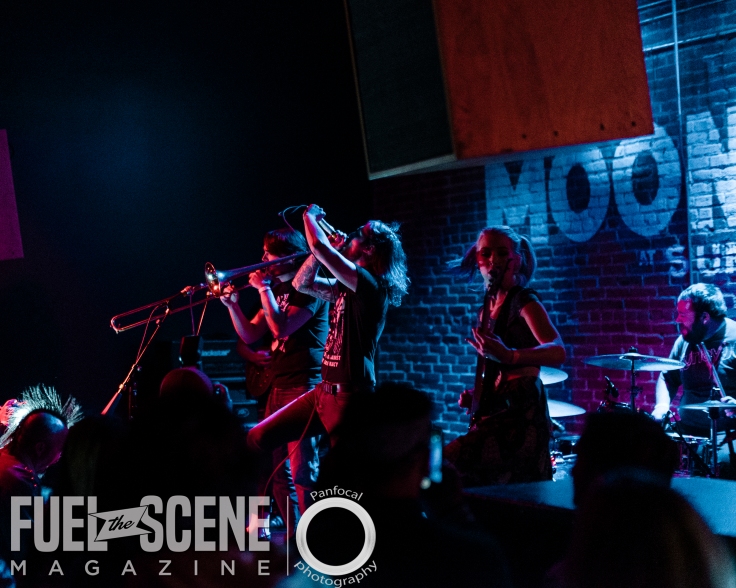 The event was at Summit’s Moon Room, the small side stage used last year by most of the local bands. The main floor was curtained off, and the various groups set up their table near Summit’s restaurant window. The tabling area was crowded as both tablers and audience members interacted in an already small space, but they made it work. 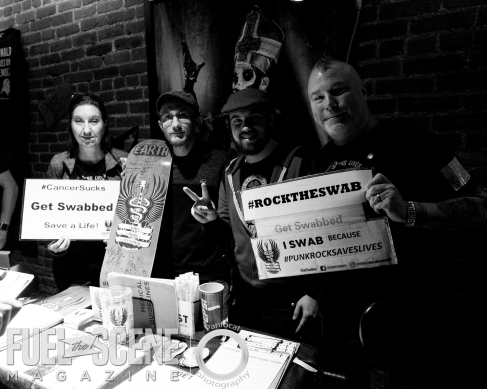 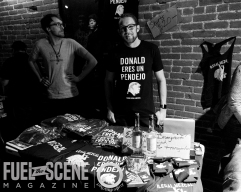 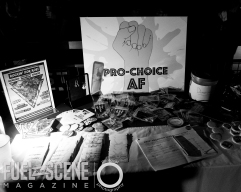 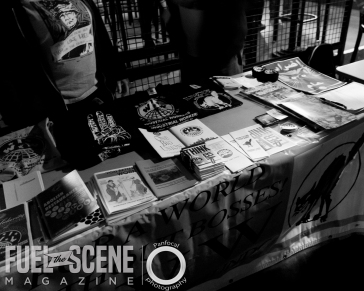 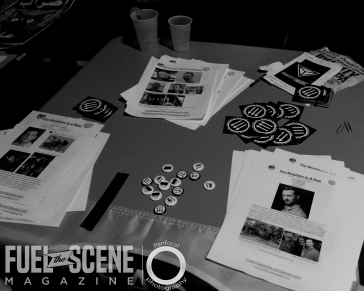 Love Hope Strength Foundation was there, auctioning off a signed skateboard to concertgoers. Love Hope Strength Foundation is a non-profit that seeks to get people at concerts and festivals to sign up to donate marrow, money, or resources to help defeating cancer. Ilegal Mezcal, a Mexican spirit company with roots in Guatemala, was tabling with shirts and merchandise to raise money for the Esperanza Immigration Rights Project and National Center for Transgender Equality. Keep Abortion Safe was also tabling and raising money for their causes and for Women’s Freedom Fund. Industrial Workers of the World had a table as well, selling shirts, information about unions, and other items to attendees. The last table in the area was crewed by Colorado Springs Antifa, a blog that exists to make locals in southern Colorado aware of the activities of white supremacists in their area. 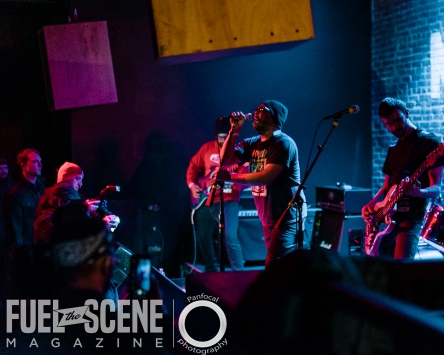 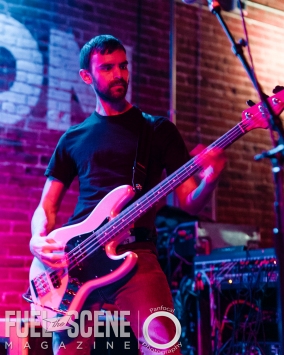 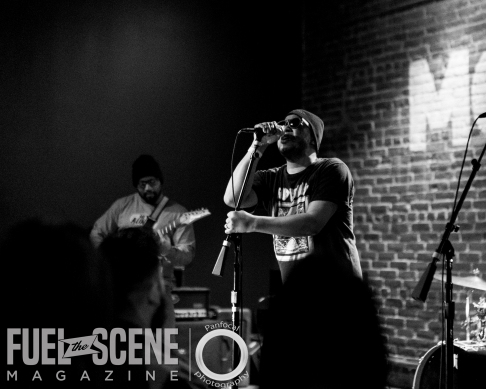 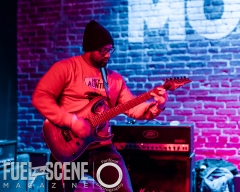 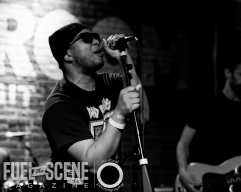 The first band of the night was No Takers. The Denver-based hardcore punk group made the most of the space. With only fifteen to twenty feet between the stage and the bar, fans piled in immediately to throw down with the group. As evidenced by a statement about Takers and Leavers on their website, No Takers is extremely passionate about both their music and their politics. They brought that fire to the stage, stirring up the crowd easily, from the first chord of their set to the ending notes. 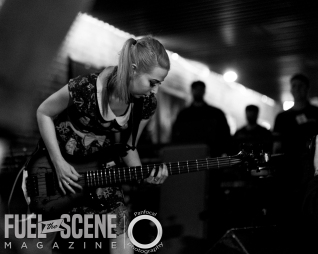 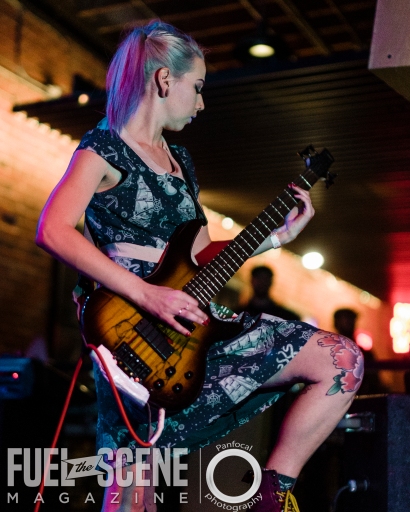 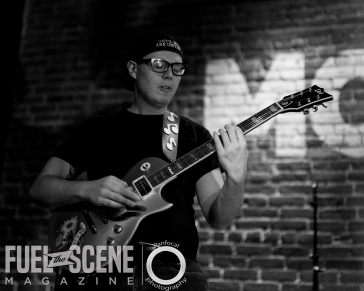 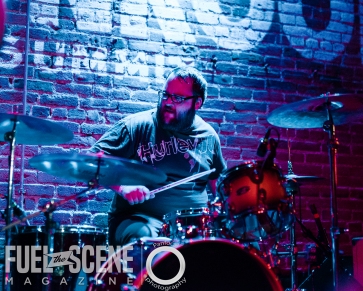 Sorry Sweetheart, another Denver group, brands itself as a hardcore and ska group. From the opening screams of their set, it was apparent that they were not just claiming the label. They made it clear that Sorry Sweetheart straight-up owned it. The singer’s screams were balanced out by the smoother horns, but it was still one hell of a heavy set. By their own admission, they had brought their heaviest songs to the show, and the crowd loved every minute of it. At one point, a small slamdance pit even opened up. 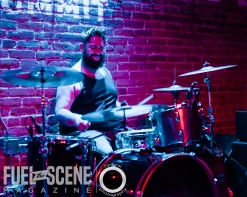 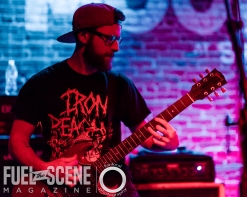 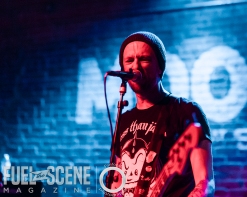 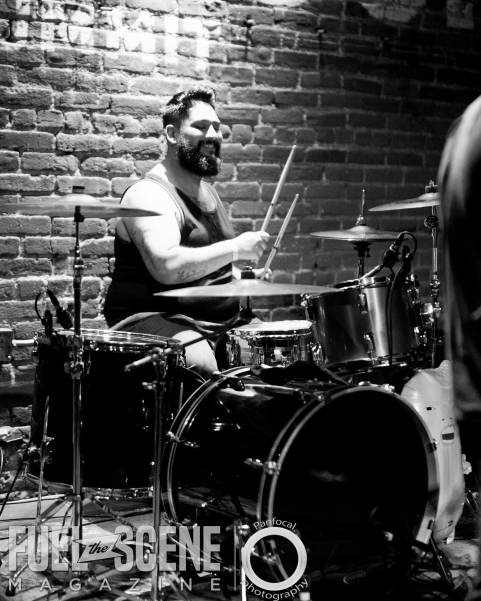 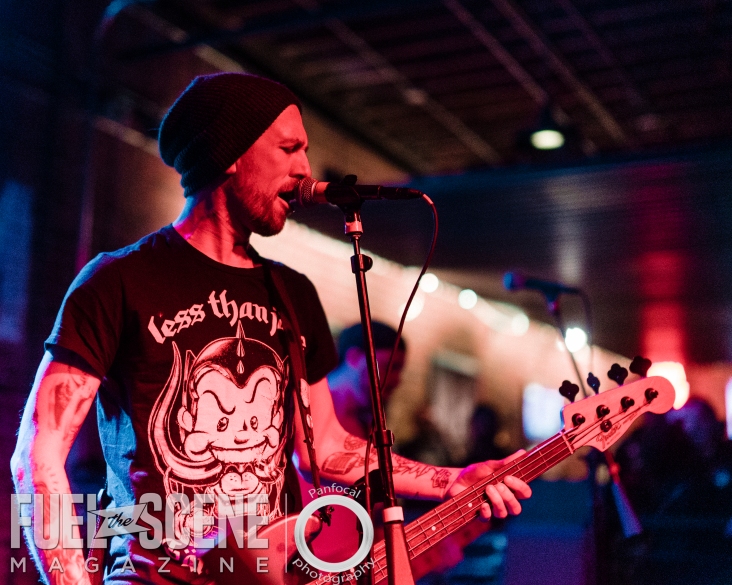 The last three bands were no stranger to Punk Against Trump. Over Time played at last year’s event, and brought their Colorado-brand hardcore to the stage once again. Like every band that played that night, they combine their activism with their music, using the latter to raise substantial amounts of money for their causes. Much like in 2018, they also absolutely rocked. Over Time was only founded two years ago, but they own the stage like a seasoned band. 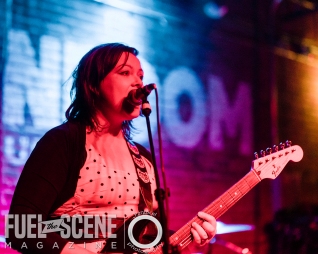 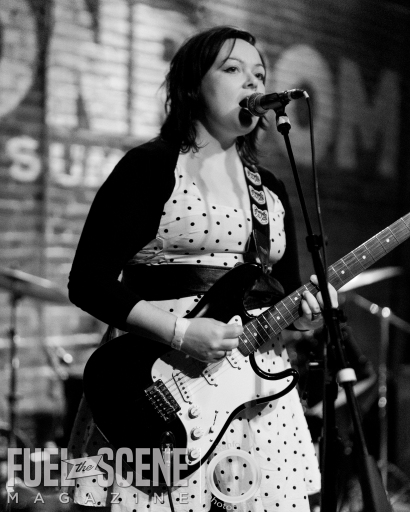 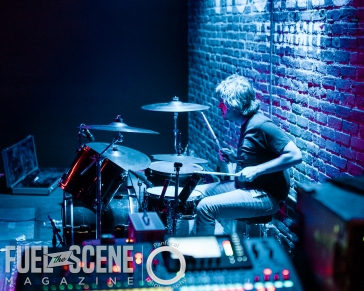 Cheap Perfume, the fourth band, brought their signature energy to the stage. Last year, they also played shows in support of Girls Rock Denver, and opened in support of Bad Cop Bad Cop. When it comes to Colorado punk, Cheap Perfume is as good as they come. With a fiery attitude and stage presence to match, they take over every stage they play on, no matter how big or small. 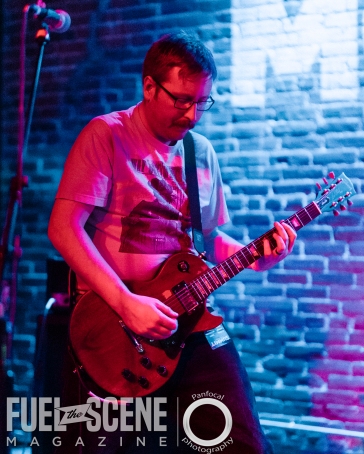 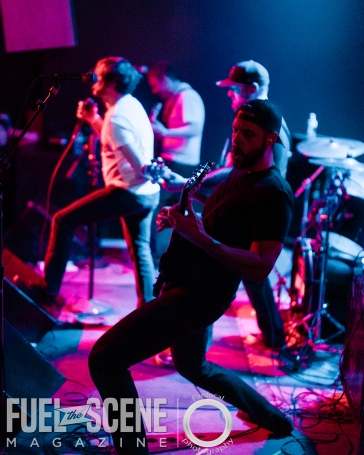 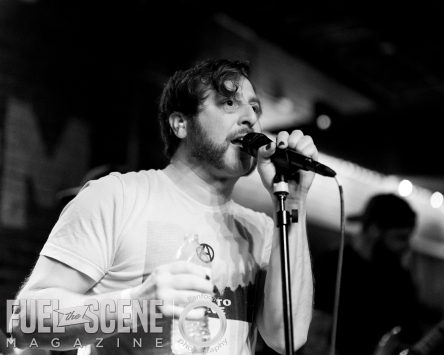 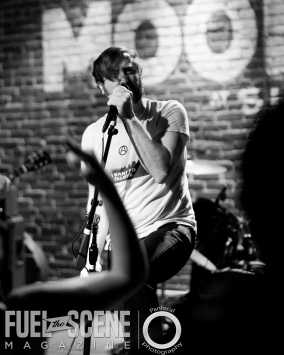 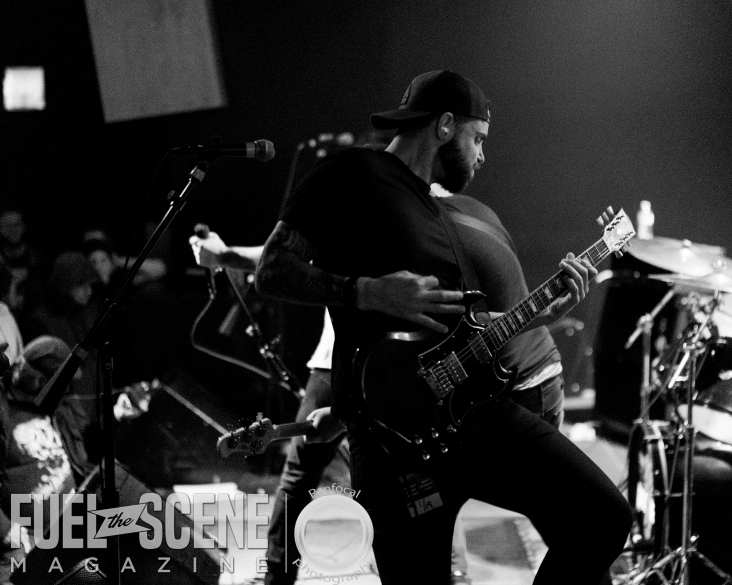 Allout Helter capped off the night of some of the finest hardcore and punk sounds that exist. To have put together such an impressive lineup was in and of itself an achievement, but Allout Helter topped that by delivering a powerful, punchy performance that rallied the crowd one more time. Their exuberance bled out into the crowded floor, which turned into a mosh pit at several points.

It was a most excellent night. Several thousand dollars were raised for local causes, and all of the attendees had a blast. Brian Burke has organized this concert every year since the 2016 election to bring awareness to issues, raise money, and bring good music. The Gathering Place, a Denver shelter for women, children, and transgender individuals, was the beneficiary for this night. If you missed the show but would like to contribute, please click through to their website!