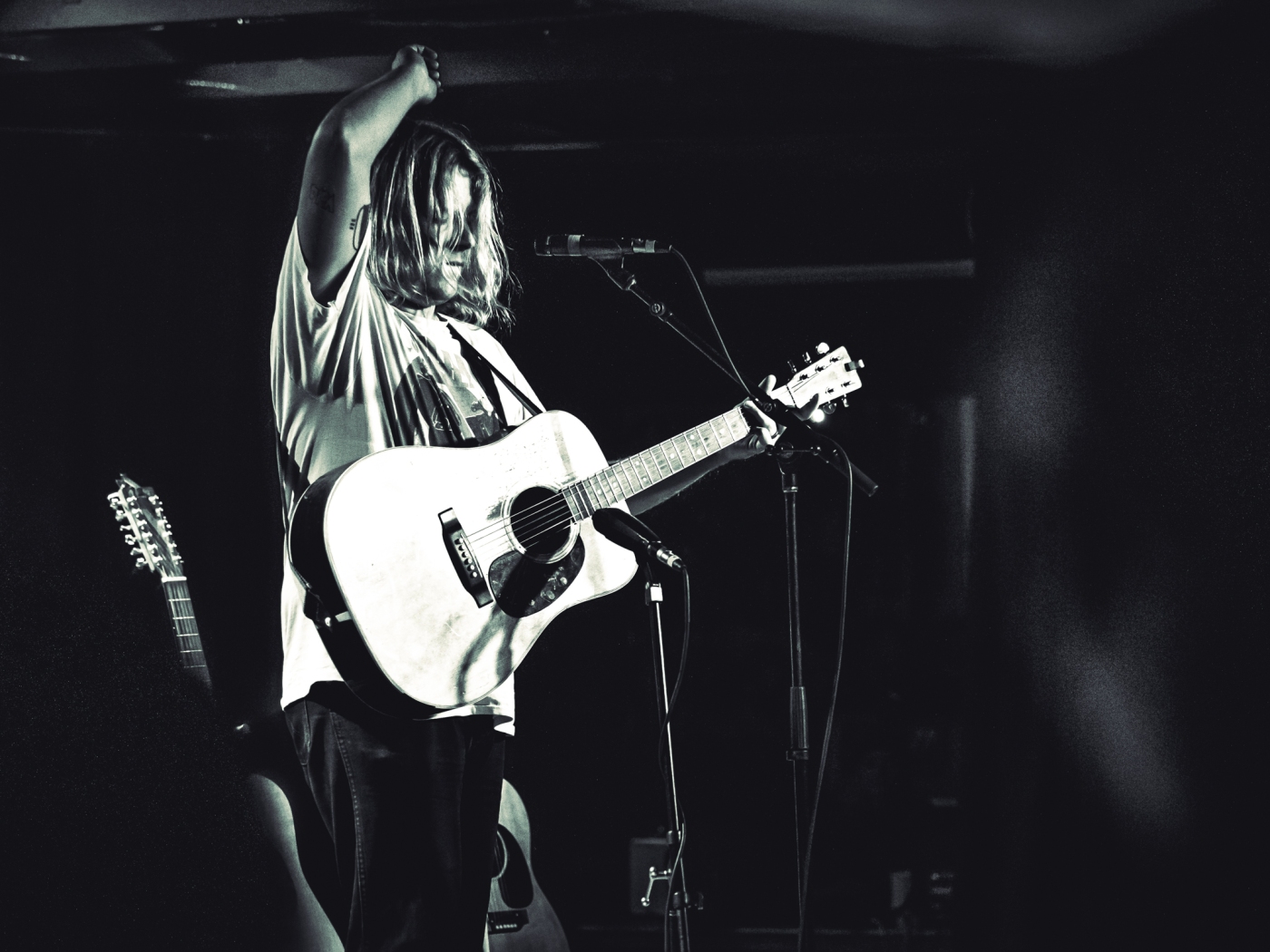 Photos and Writing by Joseph Prater

Pass me by like a distant reverie. My mind harkens back to the first time I heard Ty Segall.

2014 Through the haze of a typical Friday night.  Brett and I are fighting over who gets the next song on YouTube when our roommate Jeff pokes his head out of his door and says, ” I’ve got something good!”  We relent and give way. He pulls up the opening song for the album Manipulator… It was over. We were laid waste… Defeated, once again. We listened to the entire album and never looked back.

The lines of the road, the rumble strip. As I put on the newest album by Ty Segall, Hi, Hello, an acoustic offering I’m surprised to find out, and after listening to the album, pleasantly so! It reminds me of them crooked vultures meets the Jimi Hendrix experience on MTV unplugged.

I arrive at the show around 15 minutes before showtime. The Grey Eagle has an electric feeling this fine Friday evening. The bill this evening, headliner Ty Segall, supporting artist Tyler Moothart. I had heard Tyler Moothart but had never heard of him. I really enjoyed his lyrical content and his stage presence.

On to Ty’s set. It was a glorious stream of new songs that I had just heard on my way up to the show, and a mixture of old stuff that I had previously heard on Brett’s couch. I was surprised at the amount of impact that both artists were able to convey with no backing band, at times it was even chill inducing. I particularly enjoyed Ty’s 12-string guitar solo! My carpel tunnel felt for him.

Any-who it was a great night and I am truly grateful to have been there to experience it!