It cannot be overstated that music is, at its core, art. Much like painters carefully selecting their palette or sculptors digging through a junkyard for the right looking scrap metal, musicians have to make choices in how they craft their sound. Sure, there are the choices in instruments, amp settings, and production; however, there is also the choice of which elements from the wide world of music are to be used to craft the song itself. Each musician pulls from their influences, building upon, imitating, and/or reconstructing what has been done to bring forth their vision into the world. Music is, in this way, a collection of elements brought together to create a greater whole.

So what happens when incongruent elements are forced together? One would think the song would fall apart. Voices, a metalcore band from Indianapolis, seems to have some thoughts on the subject in their new album, Resurgence. 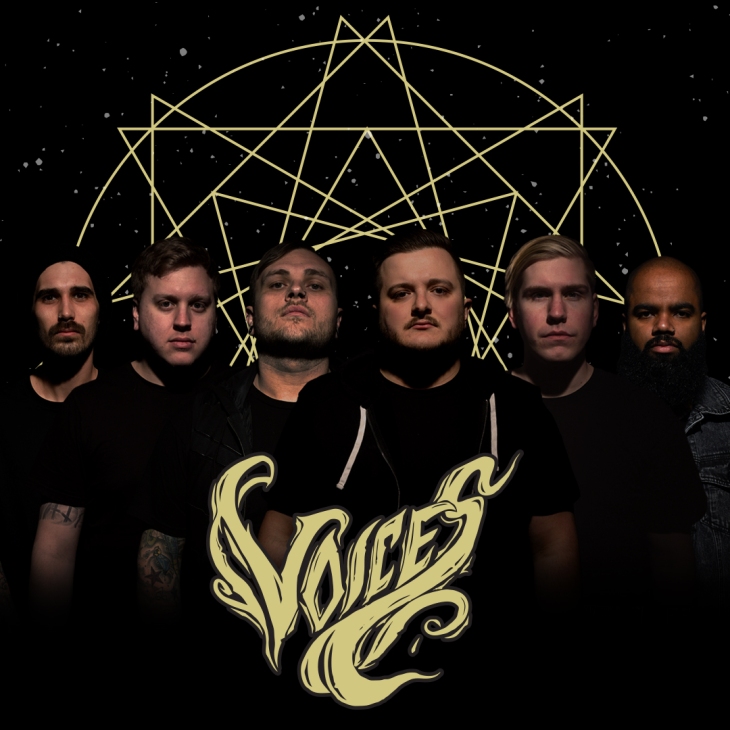 The band consists of six band members. Drake Dell and Tim Snoddy are on guitars, with Greg Hill and Dale Rich providing bass and drums respectively. Rounding out the roster, the band has two vocalists, Clint Simpson and Blaine Gaiser, who provide earth shattering screams and clear melodic vocals. This is interesting because while the dual vocalist set up is fairly common in the modern post-harcore genre, the effect here feels inherently different in how they fit within the context of the band.

To talk about this, one has to talk about the music and a good starting point is the opening song “Demons.” The song starts with a faded ambient guitar lead, contrasted with an ethereal note which rings throughout the intro. This is interrupted by a EDM-like tremolo effect which leads into the song proper, which consists of a djent style rhythm riff over which a melodic guitar lead plays. This fades into another ethereal chord more reminiscent of an ambient album that a metal intro, after which there is a return to the hectic distorted guitar chord progressions accompanied by guttural screams. The chorus then introduces the second vocalist who provides melodies that are not just clean, but almost pop influenced in their delivery. Finally, right as the chorus ends the song goes back to the ambient styling of the intro for the beginning of the second verse before repeating the pattern sporadically throughout. 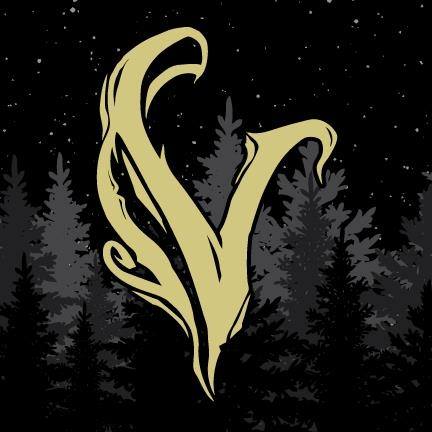 At first listen, it can come off as overwhelming or erratic, but upon a second listen one can identify a method to the madness. The ambient guitar lines become the distorted melodies over different parts of the song. The frantic rhythms and energetic screams contrast with the softer parts and more conventional singing. The elements themselves seem incompatible, but the finished product works.

The whole EP plays like this for the most part, switching between genres and conventions throughout each song for dramatic effect and joining together elements from djent, metal, pop, ambient, and EDM. The only exception is “Worth (Keep Me Blind),” the aggressive and thrashy second song in the EP, which is written more traditionally and therefore stands out in its conventionality.

Adding to the effect is the production. Rather than the tight, clear, and often times raw production of most modern metal, there is a feeling of space to this album. The soundscape feels larger and even a bit distant at times, which helps the songs sound larger than life and something one could easily get lost in.

Now, it is important to be clear on this next point. This album is mentally taxing. Between all the influences, the quickly shifting song progressions, the technicality of the rhythms, the contrast between high energy and low energy sections, and the divergence from traditional norms in tone and composition, Voices is a band that challenges the listener. It is a rewarding challenge, but a challenge nonetheless. After all, what worthwhile art isn’t?

Voices has blended together parts where they usually wouldn’t fit and created something to not only listen to, but admire. Avant-Garde art critic Clement Greenberg would be proud. Resurgence is available today from many music retailers including iTunes, Google Play, Amazon, Tidal, and Spotify! Read our interview with them as follows!

FTSM: For those who may not know who you are, how would you describe your band, your music, and your live performances?

VOICES: Voices is a six piece Medicore band from Indianapolis,Indiana. Our music is is a blend of metal, pop, and post hardcore that make for a pretty interesting combo and our live show is pretty straightforward with some solid energy behind it.

FTSM: You recently released Resurgence, your latest EP. I’ve listened to both that and your previous release The Device//The Fallout from 2014 and I noticed some pretty big differences in the songwriting and production. Were there changes that you went in knowing you wanted to make to your sound? Or did it all happen naturally as you went along writing the new album?

VOICES: Going into the new album Resurgence we knew we needed to make some changes. We really wanted to step up our musicianship on this album and we wanted to create some very interesting yet catchy songs. Before we entered the studio we scrapped an entire EP’s worth of material because we all agreed it didn’t show any growth from the previous record.

VOICES: Personally, my favorite song on the on the record is “Back to Life”, I feel that it’s hauntingly beautiful at times but still delivers a punch. The lyrical content was something I had never really touched on in-depth before hand. To be as open as I was with this song was rather cathartic. As for our live shows, I think my favorite song to play would be “Worth”. It has an energy to it that just gets me pumped.

FTSM: In my review I described your music as “mentally taxing” in that in between all the dynamics, the frantic rhythms, the contrast of high and low energy sections, and the overall production, it is almost a workout to keep up with everything going on. Were the songs as challenging to write? Also, what was the hardest song to complete?

VOICES: I think the songs were all kind of challenging to write because the process required us to step out of our collective comfort zones. We only had small ideas going into the recording process so we had a lot of fleshing out to do while in the studio. It made for a really fun and interesting process. It really helped having our producer Brian Thorburn giving us additional ideas and direction as well.

FTSM: You guys took a bit of a hiatus to do some restructuring coming back September of last year. What was the hardest part of that process of setting everything back up? Alternatively, what was the best part or the part you’re most proud of having accomplished as a band?

VOICES: I think the hardest part was just the time it took to get everything back in place. We worked really hard in finding members that we matched with and members that were on board with the direction that we wanted to take the band. For me, I’m the most proud of the fact that we were actually able to accomplish the restructuring. Sometimes those things can lead to the death of a band so it was really awesome that Voices didn’t become a causality of that.

FTSM: One of the first things you did after coming back with the new lineup was a video for your cover of “Mercy” by Shawn Mendes. It was a great choice but I’m wondering why you chose that song out of all the plethora of songs new and old that could be covered.

VOICES: What it really boils down to is we were already working on the album and we knew that the fans wanted to hear what Voices was going to sound like with the new members. There was a lot of skepticism going around social media and we were aware of that. So we decided that instead of rushing the new material we would do cover. “Mercy” was making its rounds on pop radio and we thought we could definitely do something to make the song not only a good product for Voices but at the same time something the new fans could grab onto.

FTSM: What is the best show you guys have played? What made it special?

VOICES: I think, to date, with the new line up, our best how was our Album Release show on Jan 22nd. We had a lot of people come out to support the release, great bands on the bill, and the atmosphere of the evening was great.

FTSM: Now that you have released your album and it is being well-received, what is next for the band?

VOICES: Music videos, working on the next album, touring, etc. The next steps for the band are securing shows outside of Indianapolis, which has been kind of difficult without the help of a Booking Agent. A lot of emails sent with no responses puts a damper on the excitement but I think that’s part of it. Other than that we filmed a video a few weeks ago that we are putting a lot of work into at the moment. And we have started talks about the next album as well. So at the moment our hands are full, which is a great thing!

FTSM: Having overcome challenges that have broken up bands in the past, what advice do you have for bands who are either starting out or going through a rough time (hiatus, losing members, etc)?

VOICES: I would say if you are serious about the band and your heart is with it than keep pushing for it. The biggest thing to know is things like that take time and you should NEVER settle! But, again, make sure your heart is in it.

FTSM: What “thing” do you want to talk about that you never get asked about during interviews? This is your chance to tell us everything you want to say on whatever subject you choose, so be sure to give it some thought!

VOICES: Most of the questions we get cover our talking points rather well. I will say that being an independent band takes a lot of hard work, time, and money. I feel like sometimes the scene is taken at face value and a lot of people don’t realize the amount of sacrifices struggling independent bands make. Just know that every time you share a bands post on social media, show a friend their music, come to a show, buy a T-shirt or even put a song on a playlist it means the world to the bands. Without the support of the fans we wouldn’t be able to do what we love.